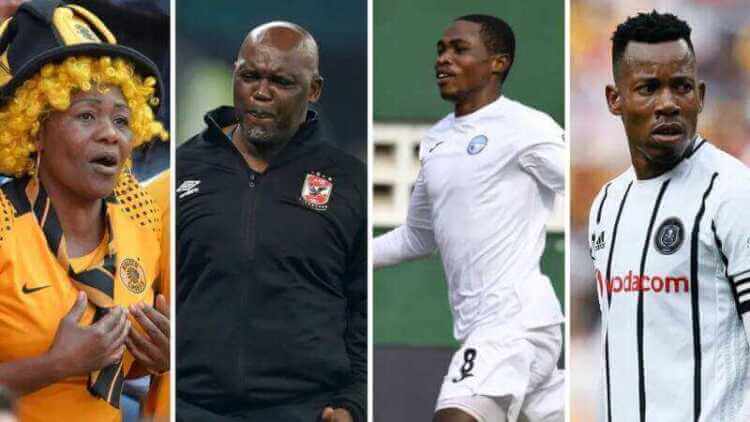 Let’s have a look at the top 10 Best African Football Clubs. Africa is a huge continent and it has produced some of the best talents in the football world.

George Weah, Samuel Eto, Didier Drogba, Sadio Mane, Mo Salah, Jay-Jay Okocha, and Yaya Toure all have one thing in common: they are all fantastic football players who have had a great experience in Europe, and they are all Africans! The football leagues in Africa are sensational as well.

Various outstanding African football talents are now doing admirably in some of the greatest European football competitions. Nonetheless, we should remember that several of these African superstars began their careers at an African club before making the big transfer outside.

The idea is that there are a few exceptional African clubs on the continent. Despite the numerous obstacles that African football faces today, several African clubs maintain a conventional structure and are well-organized.

ES Sahel from Tunisia is ranked number 10 on the list of the best soccer teams in Africa. Tunisian giants who haven’t won the Champions League since 2007, but won the Confederations Cup in 2015.

Any new Super League would undoubtedly include ES Sahel.

AS Vita from Congo certainly deserves a shout on the list of the top 10 best African Football Clubs.

Raja Casablanca are back on the rise after a 15-year absence at the African game’s top, and they’re looking like a powerhouse once more.

They’ve won two Confed Cups in the previous four years, including a victory against JSK earlier this month, and the Super Cup in 2019. Raja Casablanca is ranked number 8 on the list of the CAF Fifa rankings.

At number 7 on our list of the top 10 African football clubs, we have TP Mazembe. Mazembe was true African royalty, appearing in ten Caf finals between 2009 and 2018.

Although they have slid out of the top five, the fact that they haven’t gone back to one since then doesn’t appear to be harming them too much in the CAF Fifa rankings.

Sundowns are a formidable force in South Africa, but after the retirement of Pitso Mosimane, they appear to be still finding their feet on the continent. However, Mamelodi Sundowns is still the best team in South Africa.

SC Zamalek is ranked number 5 on our list of the top 10 best African football clubs. Zamalek is African titans, no question, yet they haven’t won the Champions League since 2002.

They do, however, have enough power in the coefficient to earn a berth in the top five as 2019 Confed Cup champions and Champions League finalists last time around.

El Zamalek has won the Egyptian Cup on 22 occasions, making them one of the most successful clubs in the country. In addition, the team has 11 League championships to its name.

Al Hilal is one of the top 10 richest African football clubs. Al Hilal Educational Club, often known as Al Hilal Omdurman or simply Al-Hilal Club, was established in Sudan in 1930.

The club is situated in Omdurman and is known in English as The Leader of the Country. The team plays at one of the continent’s largest stadiums, the Al-Hilal Stadium, which seats 65,000 people.

Al Hilal has won seven titles in the last nine seasons in the Sudan Premier League.

Wydad Casablanca is ranked number 3 in the African club rankings. The club has won 48 titles in the Sudan Premier League since the time it was founded.

Wydad reached the final of the Champions League again in 2019 but was beaten by Esperance.

They’re still a huge danger in the Champions League, and they looked like they would get it to the final this season, only to be rocked by Chiefs in the semis.

Esperance de Tunis is one of the top 10 richest African Football clubs. The Stade Olympique d’El Menzah in Esperance is one of the top stadiums in Africa, with a large following of fans and supporters. The club has won the Arab Club Championship Cup on two occasions and the Arab Super Cup on one occasion.

As things are, Esperance de Tunis is unquestionably the finest club in Africa. The Tunis-based club was founded in January 1919 and has the distinction of being one of the continent’s oldest clubs.

The Tunisian team, known as Esperance, has won their domestic league 26 times and has been awarded African Champions. They’ve also won the Tunisian Cup fourteen times and the Tunisian Super Cup twice.

After winning yet another Champions League championship, there was never any question that Ahly would return to the top of the standings.

In 2000, Al Ahly was named Africa Club of the Century, and it is also considered the most successful football club in the world (due to the high number of international trophies it has won).

They’ve turned things around in recent years after two final defeats in 2017 and 2018, and may now try to win the big one three times in a row, a feat no club has ever accomplished.