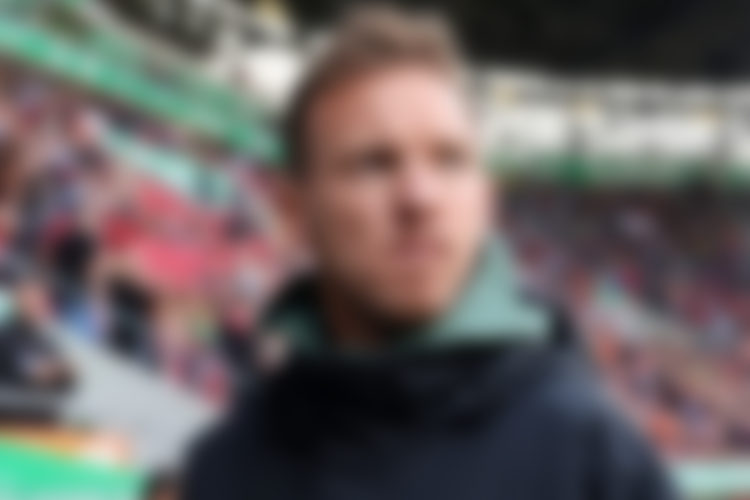 AUGSBURG, GERMANY - SEPTEMBER 17: Julian Nagelsmann, Head Coach of Bayern Munich looks on prior to the Bundesliga match between FC Augsburg and FC Bayern München at WWK-Arena on September 17, 2022 in Augsburg, Germany. (Photo by Alexander Hassenstein/Getty Images)

German powerhouse Bayern Munich has entered the bidding for Declan Rice. The club believes the dynamic midfielder would be a terrific addition to their squad

Fichajes reports that Bayern Munich has joined the Declan Rice bidding despite strong interest from Premier League powerhouses. The English national is likely to quit West Ham United this coming summer. The London club is looking for bids of at least £100 million.

During the last few seasons, Declan Rice has emerged as one of the most important midfielders in English football. He remains one of the sought players for next summer, as teams might line up for his signing.

There have been rumours that Chelsea is interested in a transfer. Despite interest from other clubs, Rice is expected to re-sign with the Blues of Stamford Bridge. They are prepared to spend enormous amounts to capture the midfielder and another English star Jude Bellingham.

Since acquiring the team during the summer, new owner Todd Boehly has been keen on bringing in these players as part of an exciting new initiative. Unfortunately for West Ham, there are a number of Premier League clubs who would love to get their hands on the great player. The London club expected bids worth over £100 million in the close season.

Now, Bayern Munich has apparently joined the pursuit of the midfielder. The Bavarians are serious about assembling a top-tier, international group and maintaining their standing as a formidable opponent. They are already targeting some talents from the Premier League. Among them are Son Heung-min and Harry Kane, among many others in whom they have an interest.

With Rice, Bayern hopes to have a star midfielder to pair with Joshua Kimmich for years to come. Leon Goretzka and Ryan Gravenberch provide a few challenges since they have not established themselves as starters.

According to reports, Bayern is prepared to pay Rice’s asking price, which might exceed £100 million. The Bavarians have the financial resources to make major signings, but it will be difficult to pry Rice away from the Premier League.

At this time, Chelsea and Liverpool are the two most likely destinations for Rice to join in the Premier League. West Ham’s efforts to get the most money for their prized asset could be bolstered by Bayern’s apparent interest.