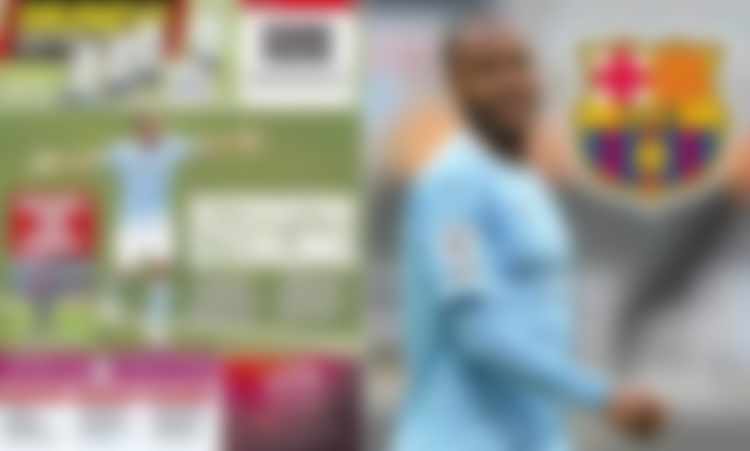 Barcelona are looking to land Raheem Sterling in Camp Nou in the summer transfer window. The Manchester City star is also considering a new challenge and seems to be intrigued by Barcelona’s progress under Xavi.

Raheem Sterling only has 18 months remaining on his contract with Manchester City and sources believe that the winger is considering new options. Sterling is still looking to find his stride this season.

Sterling struggled to make his club side’s starting lineup after a strong Euro 2020 tournament, but he quickly clawed his way back into Pep Guardiola’s plans.

Guardiola has made no secret of his desire to keep the attacker, though the former Liverpool player has yet to make a long-term commitment. Sterling is considering all of his options for the future, and sources have suggested that remaining at Man City is still very much on his mind. But he may follow the footsteps of his former teammate Sergio Aguero, who transferred to retire at Barcelona.

Sterling has revealed that a transfer abroad is something he is considering as a result of his limited playing time.

“If there was an opportunity to go somewhere else [for more game time], I would be open to it at this moment in time,” At the FT Business of Sports US event, Sterling stated..”As I said, football is the most important thing to me – challenges that I have set myself from a young age and dreams as well, to play abroad.

“As an English player all I know is the Premier League and I have always had something down (in me) that maybe one day I would love to play abroad to see how I would come up against that challenge.

“I’m not a person that’s going to complain. I’ve not tried to make it a bigger deal than it actually is. I get on with my work, do what I need to do. And I’m just raring to go – playing football matches regularly, score goals regularly.”

The Blaugrana has shown the most interest in Sterling, with Barcelona making bids for both Sterling and his colleague Ferran Torres in January.

Manchester City already allowed Ferran Torres to join Barcelona in the January transfer window. However, they turned down their proposals for Raheem Sterling.

Despite this setback, La Blaugrana remains committed to a deal and are closely monitoring the ongoing contract negotiations.

If Sterling rejects City’s offers, the club will be forced to make a difficult choice, as the England international may sign a pre-contract with an overseas team in January.

With Gabriel Jesus and Riyad Mahrez in similar contract situations, Manchester City’s management is aware that some major decisions must be taken, and conversations with all three players are now underway.

Internally, the Cityzens don’t see a problem with Mahrez agreeing to new terms, but Sterling and Jesus’ careers are still in jeopardy. Any player of great worth to the team would be hesitant to go on a free transfer.

“Our incredible successes over the last few seasons would have been impossible without Raheem,” Guardiola said in September.

“He is such an important player, he reaches incredibly high standards and I have to tell him those are the standards he has to keep for himself and the team and I am sure he will return to that. I am optimistic he will have a very good season.”

Unless Raheem Sterling starts playing in the first more often, he’ll most likely consider his way out of the Etihad Stadium this summer transfer window. It will be interesting to see where the winger ends up in the coming few months.