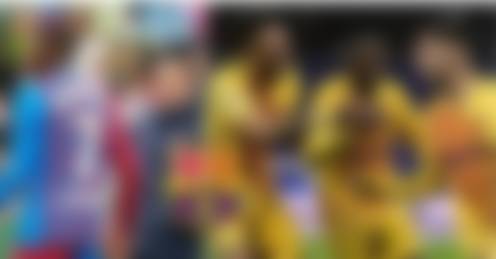 FC Barcelona have contacted the agent of French winger Ousmane Dembele to open discussions over a new contract. The France international is a free agent in the summer, and the Catalan club are desperate to renew his contract after he rediscovered his form recently.

Ousmane Dembele looked set to leave in the January transfer window after rejecting Barcelona’s contract proposals only to see a move to Paris Saint Germain fall through on deadline day. Chelsea, Tottenham and Manchester United also showed interest but held back from making an official offer.

Dembele was initially criticized then excluded from the Barcelona squad leaving the player and his entourage upset at the way the club handled the situation. At one point, he was asked to find a club for himself during the January window. However, the smart management of coach Xavi helped pave the way for Dembele to be included into the squad again.

Pierre-Emerick Aubameyang’s arrival helped a lot as he quickly renewed a bond with his old friend as well as started to step up his fitness work to impress the coaching staff. Thus, Xavi was encouraged to recall him to the team and he is now showing some of his best form since his arrival.

PSG have maintained contact with Ousmane Dembele and are still looking to sing him. However, today’s move from Barcelona to call his agent Moussa Sissoko and invite him for fresh contract talks is the clearest indication yet that the Spanish giants now want him to stay.

His team mates Pedri and Jordi Alba have also spoken out in support asking the club to make the winger a new offer.

Barcelona President Joan Laporta said yesterday: “I really like Dembele, he’s amazing. We made him a proposal which expired on December 20, then if he wants to stay, he has to accept our salary limits. We never know what happens with Dembele and his agent.”

It is understood that the fresh talks between the club and player could now take place as early as this week. Barcelona remain restricted by what finances they can spend and renewing Dembele’s contract could prove more beneficial than signing an expensive replacement.

Leeds United’s Raphinha is top of their wish-list and Laporta has confirmed the 25-year old Brazilian is on the agenda and that talks have taken place with his agent Deco. However, Leeds would want around £60 Million and there is no release clause in his contract. Thus, if they extend Dembele’s contract, they will be able to save that money.