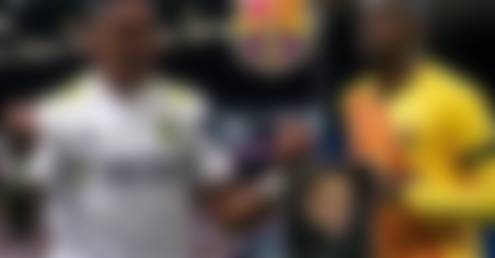 FC Barcelona have reportedly submitted an opening offer for Leeds United star winger Raphinha, who is being lined up as the replacement for Ousmane Dembele ahead of the Frenchman’s possible departure from the Nou Camp this summer.

According to a SportWitness report, Barcelona have submitted a £35 Million bid for Raphinha, who is under contract at Leeds United until the summer of 2024. The Catalan giants have set their sights on luring the Brazilian to Spain after abandoning their pursuit of sought-after Borussia Dortmund star Erling Haaland, Sport newspaper reported.

A salary agreement has also been reached in principle, SportWitness said, with Barcelona reportedly identifying the 25-year-old winger as their prime transfer target.

Leeds United are thought to value Raphinha at closer to £70 Million and it is unclear whether they would be willing to sell one of their star players or not.

Dembele’s contract with Barcelona is set to finish this summer. It seems as though the Frenchman will not renew his contract at the Nou Cam despite his amazing performances lately. He is likely to join PSG during the transfer window. Barcelona are reportedly aware of his links to the French side and are now considering replacements for the 24-year-old forward.

The performances of the Leeds winger, who has scored nine goals in 28 top-flight appearances, have attracted the attention of many top European clubs. Chelsea and Liverpool are also rumored to be among the clubs battling for Raphinha’s signature. However, it seems that Barcelona have an upper hand in the battle for the Brazilian.