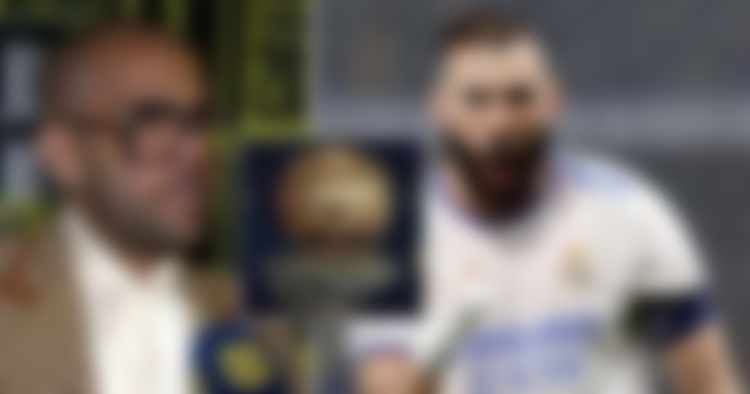 Dani Alves has been phenomenal ever since his arrival back to the Nou Camp. The defender is well known to be a veteran in the footballing world, and is well respected by every player.

In a recent interview, the Brazilian was asked if he would give the next Ballon d’Or to Karim Benzema. He replied, claiming that the Real Madrid striker deserves the award after what he has done for Real Madrid this season as well as having an amazing goal scoring record.

There is no shame to admit that Karim Benzema has been the best striker in La Liga, if not in all of Europe. He has had a very big influence in Real Madrid’s success this season, scoring goals at crucial times to win them the Spanish league and get them to the final of the Champions League.

During the interview, Dani Alves said:

“Karim Benzema deserves to win the Ballon d’Or. He has everything to win it for what he is doing. The Champions League is going to have a lot of influence.”

“He is earning it because he is taking Real Madrid to these places. He has been pushing them forward.”

This is not the first time this season that Dani Alves has praised Karim Benzema. Already, the Barcelona fullback had publicly congratulated Benzema after the French international scored a phenomenal hat-trick against PSG in the round of 16 comeback.

“I don’t care if he is a Madrid player, but which player, which player is Karim Benzema! I love this game,” said the Brazilian.

During this Champions League final between Real Madrid and Liverpool, there will also be a small individual challenge between Karim Benzema, Sadio Mane or Mohamed Salah. All three of them are the top 3 contenders for the Ballon d’Or award.

If Karim Benzema and Real Madrid win the Champions League, there will be little doubt over who deserves the award.