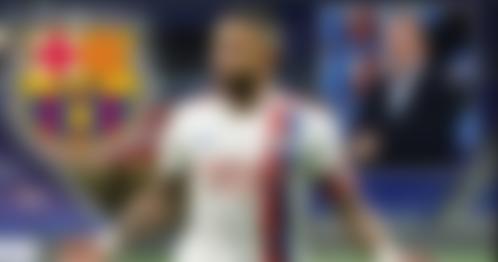 According to multiple reports in Spain, Barcelona will announce the signing of the Dutch striker Memphis Depay. The club has been very busy in the summer transfer window trying to rebuild the team for the next season.

FC Barcelona have probably been the busiest club in the transfer window. First, they signed the Argentine striker Sergio Aguero on a free transfer from Manchester City. Then, Eric Garcia was also signed on a free transfer from Manchester City. Just a couple of days ago, the club triggered a buy back clause in Emerson Royal’s Real Betis contract earlier this week to sign the Brazilian defender on a permanent basis.

Now, according to Spanish media outlet Sport, Barcelona have agreed to a deal with Memphis Depay. The report states that the striker has agreed to a three year contract with Barcelona on a free transfer from Lyon.

It is being expected that the Lyon striker will have a low release clause in his contract. He will also have to be on a slightly lower wage as the club deals with their financial problems. However, the signing will finally be secured after months and months of speculation. He will reunite with his former national team manager Ronald Koeman.

The FC Barcelona manager Ronald Koeman wanted to sign Depay ever since he joined the club. However, the club were unable to afford the transfer fee of around £23million set by Lyon last summer. The report also states that Memphis Depay has turned down offers from Juventus, as well as a new deal at Lyon just to join FC Barcelona.

The Dutch striker has scored 76 goals in 178 matches for Lyon, reviving his career after a bad run of form at the English club Manchester United.