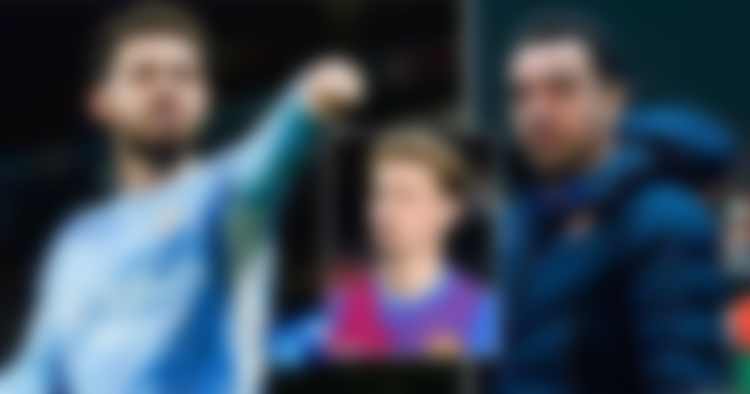 Barcelona are looking to make a move for Manchester City star midfielder Bernardo Silva and could accept a swap deal involving midfielder Frenkie de Jong, according to reports in the Spanish media.

According to the report, Bernardo Silva is ready to leave England for personal reasons and would gladly move to Barcelona. He would love to be a key player under Xavi. On the other hand, it is understood that Pep Guardiola is interested in De Jong and sees him as one of the best midfielders in the world.

The Catalan giants are interested in signing Silva and amid their ongoing financial struggles, the La Liga giants could offer midfielder de Jong back in return, according to Mundo Deportivo. The Portuguese is a player who could perfectly replace the Dutchman and become one of the team’s brightest stars. Besides, he reportedly planned a La Liga switch last year, but the move failed.

It is also known to the Barcelona management that Bernardo was very fond of Barcelona as a kid and dreamed of playing at the Nou Camp. Now, the chance of making the dream possible might be happening.

Bernardo Silva would fit perfectly well into the Barcelona system. He is good at controlling the game, and provides the attacking options that Barcelona need after the departure of Messi. The midfielder would also bring a lot of creativity into the midfield.

Barcelona have even put a £58 Million price tag on De Jong with rivals Manchester United also extremely interested. Despite being an important part of the midfield at Barcelona, they might look to sell him to ease their financial constraints.

Pep Guardiola is looking to reshape the squad after losing the Champions League semi final. Apart from that, the City veteran Fernandinho will be leaving the club after this summer and that will leave a big hole in the midfield. A hole which Frenkie De Jong could perfectly cover up.