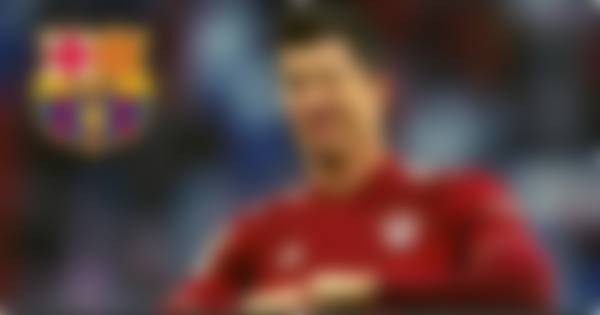 FC Barcelona are reportedly keen to sign Bayern Munich striker Robert Lewandowski during this summer transfer window. The Polish star striker is seeking a new challenge, with his contract with Bayern Munich expiring next summer.

According to Sportitalia, the Catalan giants have reached an agreement in principle with the 33-year-old striker for a move to the Camp Nou. However, FC Barcelona will need to begin talks with Bayern regarding the player’s transfer.

Barcelona are willing to pay up to €60 Million for a player who turns 34 in August, according to the Spanish media. Just a few days ago, Marca reported that Barcelona have turned their attention to the Polish star after accepting they will not be able to sign prime target Erling Haaland from Borussia Dortmund due to financial constraints.

Robert Lewandowski has evolved into one of the best strikers in the game’s history while at Bayern Munich. He has scored 339 goals in 366 appearances across competitions. The 33-year-old has won seven Bundesliga titles, three DFB Pokals and a Champions League title with Bayern.

The Polish star has been on top of the Bundesliga scoring charts six times and won the league’s Player of the Year award twice. The Pole has scored an incredible 45 goals in 37 appearances across competitions this season.

According to the Daily Mail, he could be open to joining Barcelona due to the progress the club have made under manager Xavi. Barcelona are third in the La Liga table and reached the UEFA Europa League quarter-finals.

FC Barcelona signed Pierre-Emerick Aubameyang, Ferran Torres and Adama Traore in January and are eager to bolster their attack this summer. The Catalan giants have an advantage in getting Robert Lewandowski’s signature as the player’s agent Pini Zahavi is a friend of president Joan Laporta, the Sport newspaper reported.