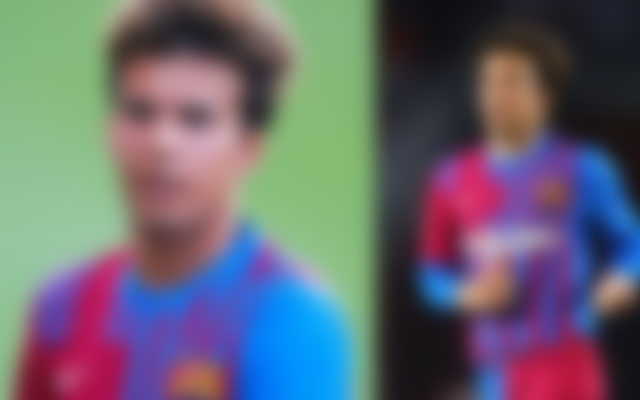 It has been claimed that Girona, a team that was just promoted to La Liga, is interested in acquiring the services of Barcelona midfielder Riqui Puig this summer

Riqui Puig, a midfielder for Barcelona, is trying to figure out his future ahead of the summer transfer window, and SPORT reports that Girona FC is one of the teams that are interested in signing him.

Puig is a product of the renowned youth program known as La Masia in Barcelona. When the 22-year-old made his debut for the senior team in 2018, Ernesto Valverde, who was the manager at the time, was the one in charge. The player was generally considered one of the brightest prospects to have come up through the ranks at the club. However, the midfielder has not been able to capitalize on his talent and achieve success at the first-team level for Barcelona. He has failed to kick on.

Puig was not successful in persuading Valverde to include him in the starting lineup consistently. Even though things seemed to be getting better when Quique Setien was in charge, the Spaniard could not capitalize on his opportunities and found himself on the outside of the team when Ronald Koeman took over. The arrival of Xavi Hernandez raised expectations that things would improve for Puig, but so far, this has not been the case. Despite these expectations, Puig continues to struggle.

Puig had a difficult time breaking into the starting lineup during the 2021/22 season since younger players such as Pedri and Gavi moved ahead of him in the pecking order. The 22-year-old La Masia product is expected to become even less relevant at Camp Nou as a result of Barcelona’s impending signing of Franck Kessie on a free transfer.

According to the reports, Manager Xavi has let Puig know that he is no longer a part of his ambitions for the team. And despite his previous reluctance to leave the club, the 22-year-old player has now come to terms with his predicament and is now exploring his many alternatives in anticipation of an imminent departure this summer.

Valencia and Celta Vigo, are also interested in acquiring Puig’s services. Now, newly-promoted club Girona FC has also joined the competition in the hopes of acquiring the services of the 22-year-old midfielder during the summer transfer window.

What’s next for Riqui Puig?

After spending the previous three seasons in the second level, Girona was able to earn a promotion to La Liga by winning the promotion playoff. In addition, the club is looking to bolster its roster in the hopes of avoiding a fight for survival in the lower division. In light of this, Barcelona’s local competitors have started to show interest in acquiring Puig as a player. It is impossible to know at this point if the midfielder views the transfer to the La Liga newcomers as desired or not.

There have been rumors linking many Barcelona players, including Puig, to Girona. Pere Guardiola, the chairman of the club’s board of directors, has dropped hints that the club may make a bid for Samuel Umtiti, a defender who is prone to injuries. It would be very intriguing to see whether the Catalan club can lure either of the two players away from Barcelona this summer and sign them to play for them instead of Barcelona.