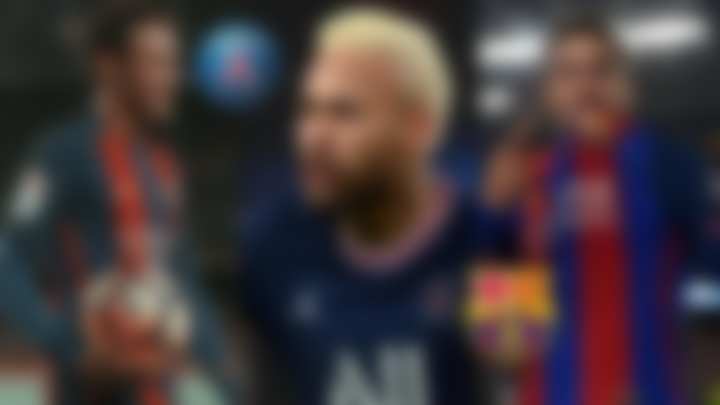 Neymar has been offered to Barcelona by Paris Saint-Germain as suggested by several reports. According to Footmercato, Paris has offered Neymar to a number of European teams, including Barcelona. This might pave the way for a stunning return to the Nou Camp for the Brazilian great.

According to Diario Sport, the main roadblock to a move is Neymar’s wage The 30-year-old makes €30 million every season at PSG and is under contract until 2025.

However, due to the Catalans’ dire financial state, they will be unable to afford Neymar’s salaries unless he agrees to a big pay reduction to join them.

The Barcelona president, though, implied that the PSG star would have to return ‘for free,’ while also accusing the 30-year-old of transferring to the Parc des Princes ‘for the money.’

“But all these players to return to Barca one day should come for free.

“Players who have signed for clubs like PSG, have almost signed their slavery. For money.”

Barcelona’s financial position is genuinely quite bad. In order to comply with Financial Fair Play requirements, the club must drastically reduce its payroll bill.

Aside from that, the club is in serious financial trouble. As a result, Neymar’s astronomically exorbitant salaries are currently out of the question.

Neymar’s transfer to PSG five years ago sparked outrage among the fans.

The Brazilian was anticipated to stay at Barcelona, who were hoping to sign Adrien Rabiot and Marco Verratti from their French rivals.

After becoming bored with living in Messi’s shadow, Neymar opted to pursue a fresh challenge in France. Neymar has scored 100 goals in 144 appearances for the French club ever since his arrival.

Meanwhile, in February of this year, Neymar spoke up about his failed return to Barcelona, stating that he ‘did everything’ to make it happen.

“I tried to return to Barca,” he told Brazil icon, Ronaldo, on the Fenomenos podcast.

“We tried everything, but it wasn’t possible.”

Five years after his infamous departure from the Nou Camp, Barcelona has reportedly been offered the chance to re-sign Neymar.

Neymar, on the other hand, has made it obvious that he does not want to leave PSG.

According to Sport, the Brazilian star said: “I want to stay at PSG.”

According to the magazine, Neymar has been instructed that no one from the club has mentioned a summer exit.

And it looks like Neymar and Lionel Messi will continue to attack with Mbappe in the future at PSG.