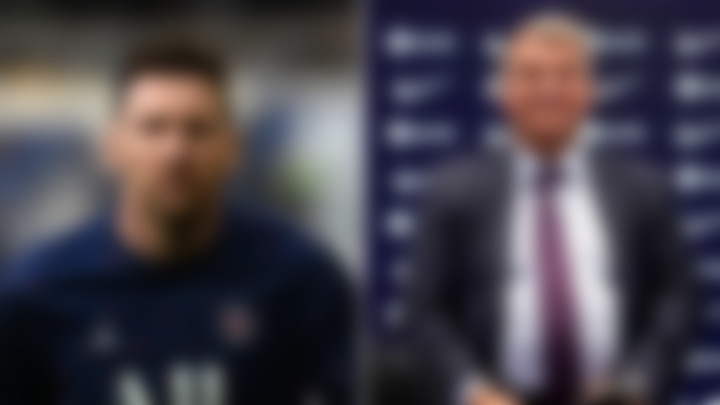 Barcelona have started contract negotiations with club legend Lionel Messi in the hope that he would make a sensational return to the club in 2023.

This news was first reported by Catalunya Radio on Sunday evening after Barcelona thrashed Mexican side Pumas UNAM 6-0 in the Joan Gamper Trophy.

According to the station’s El Club de la Mitjanit programme, club president Joan Laporta has already started discussions with Messi’s representatives, which is led by his father and agent Jorge Messi.

Currently, Lionel Messi has his contract ending at Paris Saint Germain in the summer of 2023. The Argentinian forward is however, being offered a contract extension by 12 months if the forward desires to do so.

For the meantime, Lionel Messi has decided to not run into any immediate decision. He will wait till after the World Cup to make a final decision on his future. It has been reported that Messi could be tempted to return to Barcelona and spend the last years of his stellar career at the club where he made his name.

All these rumors were started by the Barcelona president Joan Laporta, who said that he owed a “moral debt” to Messi for the manner in which he departed last summer.

Laporta was speaking to CBS Sports and was quizzed about Messi’s stunning move to PSG.

“I would like to do it. It will not be easy but I think that with the correct strategy we could do it. We will do our best to have Messi ending his career with Barcelona. This is an idea that we have. Now is not the best moment to talk about it since he is a player of PSG and he has one more year on his contract. We have to respect it.”