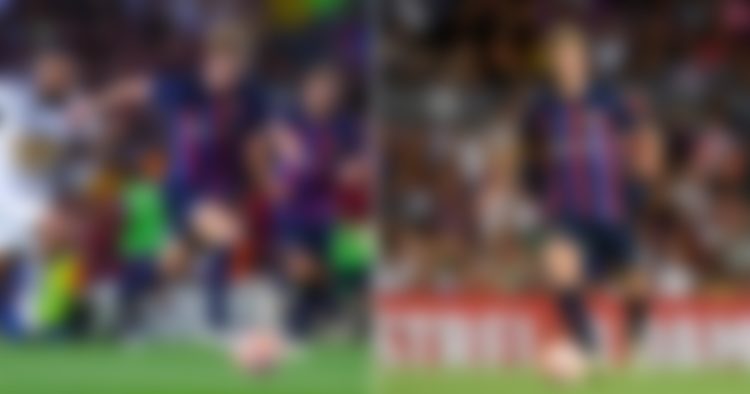 According to reports, Frenkie de Jong, a target of Manchester United, is being considered for a transfer from La Liga powerhouse Barcelona

Spanish media website Fichajes claims that to make room for Bernardo Silva next season, Barcelona is considering trading Frenkie de Jong. Manchester United is interested in the Dutch midfielder. Like the summer, he has no desire to relocate to Old Trafford.

Despite strong play, Frenkie de Jong cannot manage to break through. The 25-year-old looks to still be in Xavi Hernandez’s plans after rediscovering his best form on the club level. Next season, Barcelona may still try to cash in on him as they seek Bernardo Silva.

The Dutch midfielder has started for Barcelona 18 times this season across all competitions. And de Jong, who is presently in Qatar with the Netherlands national team for the 2022 FIFA World Cup, scored a goal for the Dutch against Qatar on Tuesday. But with Manchester United showing interest, his club future is unclear.

There were intense efforts made by Manchester United to get de Jong during the summer transfer window. Although the Red Devils tried to sign the Barcelona midfielder for months, they were unsuccessful since the player never showed any interest in playing for them. It makes sense that Manchester United would be interested in a guy like him since they could use a playmaker in the middle of the field.

The 25-year-old thrived under Erik ten Hag’s guidance at Ajax, making him a perfect match for his system. Recent rumours, however, suggest that the Dutchman is an unrealistic January transfer target for Manchester United.

It has also been said that de Jong has lately rejected Manchester United once again. Manchester United may not benefit from Barcelona’s stated willingness to move the player in the next season. However, United may yet attempt to make a move for the Dutch midfielder, who is currently playing for Barcelona.

Liverpool, Chelsea, and Paris Saint-Germain are all interested in signing de Jong, but they may have a greater chance of doing so. However, Manchester United may prioritize a top-four finish if they want to sign the Barcelona midfielder.