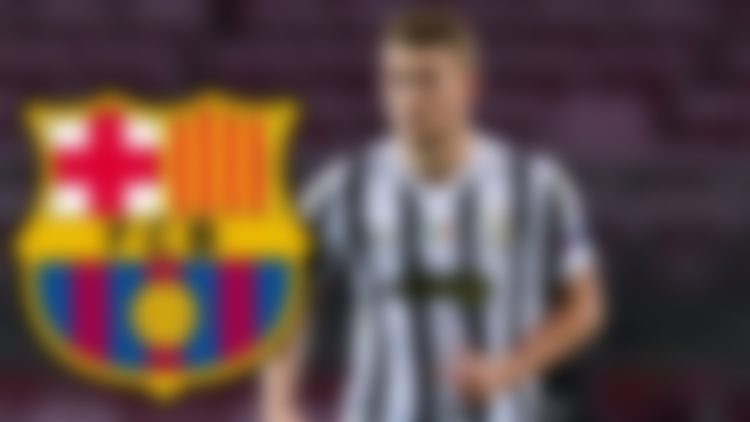 According to reports, Barcelona will not pursue a bid to acquire Chelsea and Manchester United target Matthijs de Ligt, who is currently owned by Juventus and valued at €100 million

Matthijs de Ligt is reportedly no longer on Barcelona’s transfer want list as the club prepares for the summer transfer window. Instead, the Blaugrana are concentrating their efforts on acquiring Jules Kounde and Kalidou Koulibaly, as reported by the Spanish daily SPORT. Both Chelsea and Manchester United, two of the top teams in the Premier League, are interested in signing the Dutch defender, who is valued at €100 million by Juventus.

Even though he has made very little progress in his three years at Juventus, Matthijs de Ligt is still considered to be among the best defenders in Europe. The Bianconeri were able to fight off many other European heavyweights to recruit the 22-year-old defender in July 2019, but the club’s problems over the last couple of seasons have made it difficult for the young centre-back to establish himself.

The Dutch international has appeared for Juventus 117 times, contributing eight goals and three assists while earning international recognition. But de Ligt may have already competed in his last game for the Serie A giants going into the summer transfer window since it’s been stated that he wants to try his hand at something different. The possibility of such a scenario has piqued the interest of Chelsea and Manchester United, and Barcelona has also been factored into the equation for some time.

However, Barcelona is not going to go on the attack for de Ligt since Kalidou Koulibaly and Jules Kounde are their top defensive priorities. The Blaugrana will aim to recruit a center defender despite the approaching arrival of Andreas Christensen. This is because Gerard Pique is getting closer and closer to the conclusion of his career as a professional football player. And if Barcelona had not shut the door on signing de Ligt, he may have been the best possible person to take his place.

Where will Mathijs De Ligt finally move to?

After cooling their interest in Barcelona’s target Kounde, Chelsea has emerged as a front-runner in the race to sign de Ligt this summer. The Dutch national team player is, in fact, the top priority for Chelsea, and the player himself is enthusiastic about making the move to Stamford Bridge. After suffering the departure of Antonio Rudiger to Real Madrid and the impending departure of Andreas Christensen to Barcelona, the west London club will benefit greatly from the acquisition of Matthijs de Ligt.

In the meantime, Erik ten Hag is pushing for Manchester United to get de Ligt because of Harry Maguire and Victor Lindelof’s lacklustre play during the previous campaign. However, acquiring a centre-back is not presently high on Manchester United’s priority list. Instead, the Red Devils are focusing their attention on acquiring Frenkie de Jong from Barcelona as their primary objective for the next transfer window.

Both Chelsea and Manchester United have the financial resources necessary to purchase de Ligt at his asking price of €100 million. However, Barcelona will not go on the attack to get the 22-year-old, which will allow the two giants in the Premier League to pursue the young centre-back.