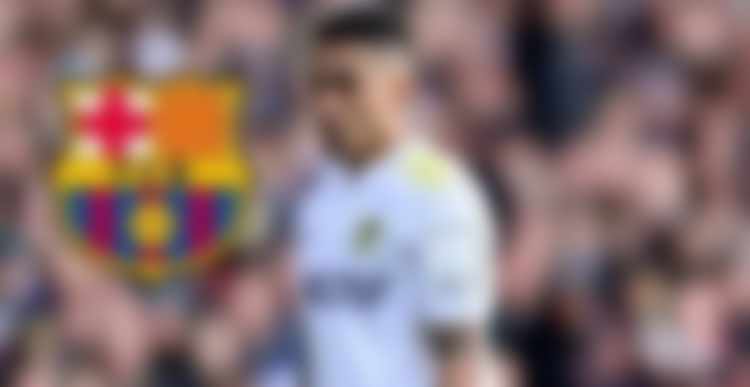 Raphinha deal done!! Barcelona has begun the process to build for the future at the start of a brand new era under the leadership of Xavi. They believe that the time is now to provide the manager with all that he needs to compete at the highest level on multiple fronts. With Champions League football secured for the Blaugrana, The club will be working to now identify the right set of players who can help the bridge that gap between them and their bitter rivals Real Madrid, while also being able to compete with the rest of Europe in the elite competition.

With earlier reports linking the club with a sensational move for the Polish striker Robert Lewandowski, it has now been revealed that the Catalan club has made a massive breakthrough in acquiring one of its primary targets. it has been reported that the club has agreed to a 5-year deal with Leeds United attacker Raphinha. The Brazilian has been one of the clubs leading lights in a prayer glum season for the club, scoring 10 times and assisting thrice for the Yorkshire club.

Raphinha has been a dynamic attacker, comfortable on either side, and has been attracting a lot of interest from a host of clubs, with Liverpool, Bayern Munich, and others keeping a close eye on his situation at the club.

With Barcelona facing a summer of mass exodus, Raphinha will be a great addition to the squad, because he fits the bill of what Xavi wants as a player: fast, direct, and good with the ball s well as without it. He has elevated his game over the past few months, emerging to be one of the key players in the Brazil squad as well. With a release clause of €25m, it is not a huge amount, and with the player also preferring a move to Spain, it was not much of a problem to agree to personal terms with the player. It all depends on when the club will activate the release clause of the player.

With Barcelona getting a player who is yet to hit his prime and also has a host of young talent in their ranks, all the signs are pointing towards their rebuild getting started in the right way. If they somehow manage to get their finances in order, this could be a spectacular summer for the Catalan giants. Xavi has been very clear in his requirements for the team in the coming season, and if he is given what he wants, he can surely make a statement with the club next season.

Will Raphinha be a great signing for the Blaugrana, and most importantly, will he be that piece that has been missing to complete the Barcelona jigsaw?. We shall soon find out.