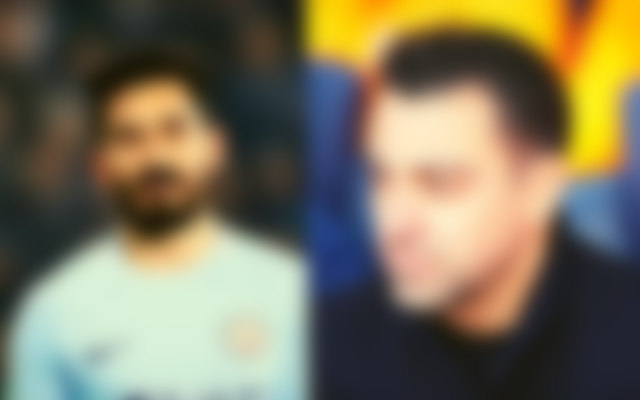 According to many reports, Barcelona will allegedly face competition from Juventus in the summer for the acquisition of Ilkay Gundogan, a midfielder now playing for Manchester City

BILD reports that Serie A heavyweights Juventus are prepared to compete with Barcelona in the battle to recruit Manchester City and German midfielder Ilkay Gundogan. His current contract will enter the last year of its term this summer.

In the summer of 2016, Gundogan made the move from Borussia Dortmund to Manchester City. He was one of the first players to sign with the club when Pep Guardiola took over as manager of the Etihad Stadium club. The 31-year-old player had to struggle with injury problems early on in his career in the Premier League. Nevertheless, since then, he has developed into a critical component for the Cityzens and has played an essential part in the success that they have earned over the years.

Gundogan has played a total of 253 games for Manchester City during his career, during which he has scored 49 goals and assisted on 33 others. Ten of the goals were scored during the 2021/22 season, including two goals scored in the last Premier League match of the season against Aston Villa, which helped cement the title for his club. These two goals were among the ones that helped close the deal for his team to win the title.

Gundogan, however, is being connected with a departure from Manchester City, with the English champions open to the idea of a transfer. This is because his contract position at Etihad is in a precarious state.

It would seem that Barcelona has been made aware of Gundogan’s probable availability during the summer transfer window. Barcelona has shown an interest in acquiring the German international player Gundogan. The expected arrival of Franck Kessie on a Bosman transfer in the summer will help the Catalan giants bolster their midfield.

However, there are still many unanswered questions around the future of Frenkie de Jong, who is a target for Manchester United. At the same time, Barcelona is looking for a player to give support to Sergio Busquets, who is the club captain. Gundogan might end up being a two-in-one solution for the Blaugrana. But considering his age, he would only be a short-term remedy. Despite this, the Blaugrana could benefit from him in more ways than one.

Will Barcelona make a move for Ilkay Gundogan?

However, Barcelona would have to contend with Juventus if they wanted to sign Gundogan. In the wake of the impending departures of players such as Arthur Melo and Adrien Rabiot, the Bianconeri are mulling over whether or not to make changes to their central midfield position. After failing to mount a serious fight for the Serie A championship in either of the last two seasons, they may benefit greatly from the addition of a player with Gundogan’s level of experience and focus.

However, the source notes that Barcelona has long been Gundogan’s ideal club and that he would love to play for them. However, given the Catalans’ current financial condition, it seems unlikely that they will be able to land the German international. In the meantime, there is also the prospect of the midfielder signing a new contract with the club, which would extend the length of his time spent at Etihad Stadium. Therefore, it will be interesting to observe how things go over the next several weeks.