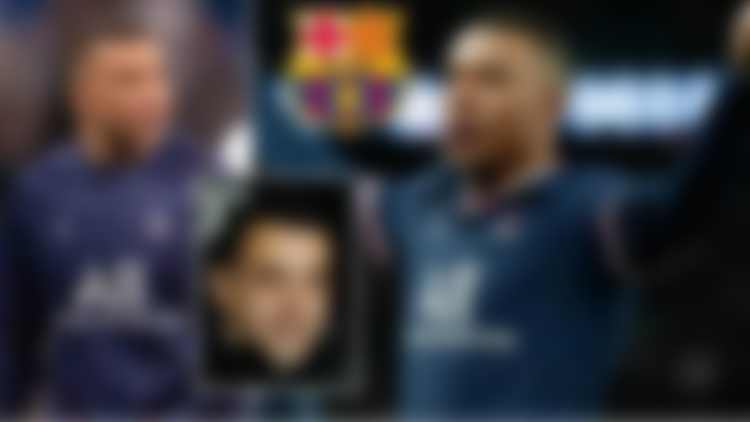 FC Barcelona have drawn up their own proposal to lure Kylian Mbappe away from Paris Saint-Germain in the summer after receiving a significant financial boost from Spotify. According to reports in France, the Catalan giants are hopeful of beating Real Madrid to the Frenchman’s signature..

Los Blancos tried to sign Mbappe last year while the striker has admitted that he dreams of playing at the Santiago Bernabeu. Real Madrid made multiple bids for the World Cup winner totalling up to £145 Million only for PSG to turn them down.

According to French publication L’Equipe, Barcelona have steamed in to try and snap Mbappe up under Real Madrid’s noses. The Spanish club believe that a bid for Mbappe could turn out to be cheaper than signing Borussia Dortmund striker Erling Haaland, who has also been linked with a move to the Nou Camp.

Erling Haaland has a release clause of around £65 Million but the total outlay of his transfer could top £300 Million including wages and agent fees. Kylian Mbappe, on the other hand, is available without a transfer fee but is set to demand a huge wage package wherever he plans to go.

FC Barcelona were struggling to spend money last year and even had to let Lionel Messi go to better their financial situation. However, the Blaugrana have recently been bolstered financially by a £58 Million-a-year deal with Spotify, as well as a £500 Million major loan from Goldman Sachs. Thanks to this, Barcelona believe they can offer Mbappe an attractive financial package to move to the Nou Camp.

According to L’Equipe, the striker has not closed the door on a move to the Nou Camp. He speaks Spanish and shares a dressing room with former Barcelona stars Lionel Messi and Neymar at PSG. Mbappe wants to hear out Xavi’s sporting project, which will ultimately be the deciding factor.

The fact that he is entertaining a conversation from Barcelona has indicated that he is yet to make his mind up over a transfer, which could infuriate Real fans. Madridistas have long believed that a transfer announcement will be a mere formality having been linked with the forward for so long.