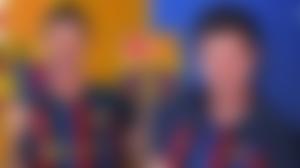 Joan Laporta is working on a strategy to implement one of the two “economic levers” authorized at the recent members’ assembly by June 30. This prevents the club from ending the fiscal year 2021/22 with a loss.

Javier Tebas believes that Polish striker Robert Lewandowski will play for Barcelona next season. In betting guides, Tebas argues that Barcelona can utilize economic leverage to get Lewandowski.

Javier Tebas, the president of LaLiga, believes that Polish striker Robert Lewandowski will play for Barcelona next season. He claims the club can provide him with cash incentives to join.

What is next for the Polish Striker?

Robert Lewandowski’s future is uncertain, and he is doing all possible to leave Bayern Munich and join Barcelona this summer. The 33-year-old has made it obvious that he wants to leave the German champions during this transfer window, despite the club’s desire to keep or sell him on their terms.

The preseason begins on July 12, but Lewandowski has no intention of attending.

Mail Barthel, the forward’s former agent, has even stated that he may be willing to reach a deal. Barthel told Daily Mail that everyone believed Lewandowski would skip training because he desired to leave Borussia Dortmund for Bayern Munich.

‘I do not believe Robert will attend training.’

Barcelona’s still relentless in the bidding

Robert Lewandowski desires to play for Barcelona, but Bayern Munich prevents him from doing so. The Bavarian club demands at least 50 million euros for the attacker, and they have repeatedly stated that they do not wish for him to leave.

Uli Hoeness was the last person to tighten the noose. The honorary president of Bayern Munich criticized the new offer from Barcelona.

“I have no information regarding a new offer. Nevertheless, based on what I’ve heard in Munich, Barcelona should not make another offer.”

This is what Hoeness stated at a sports conference in Neuland. Hoeness stated that Lewandowski has one year remaining on his contract with the Bavarian club and that the club’s objective is for him to complete the contract.

He went on, “I never make decisions.”

But Bayern’s words were unambiguous.

“They advised Robert to honor his contract with Bayern Munich. I do not believe that any amount of money could sway their decision.

Despite what Bayern Munich has said publicly, the player has already decided to play at Camp Nou next season. He told the Bayern Munich officials and directors when he met with them in the past few weeks. Barcelona is also confident they will sign him, and they view these remarks as part of the expectedly difficult negotiation process.

Bayern Munich is not just ready yet to part ways

Robert Lewandowski has stated that he does not wish to return directly or indirectly, actively or not, to Bayern Munich. However, the German club holds firm despite the pressure.

It believes the international attacker is worth 50 million euros and informed Barcelona after their second offer that it will not reconsider. They had hoped that the players’ position would influence the Camp Nou negotiations, but they are proving more difficult than anticipated.

Despite being informed of this, Barcelona remains cautiously optimistic about the signing. Several Polish and German news outlets have reported within the past few hours that Barcelona has made Lewandowski a new and second offer. The values revealed are 35 million euros fixed + 5 million euros variable.

The leaders of Bayern are dissatisfied and intend to maintain pressure, so they deemed this offer insufficient. They are not required to sell him and do not know why the player refuses to speak with them.

People are displeased with the Pole for refusing to extend his contract and join the Camp Nou team this summer. Additionally, nobody in the Bayern Munich locker room approves of his behavior.

The veteran forward, who will turn 34 in August, is signed to the Bavarian club until June 2023. Then, after eight years of success, he hopes Bayern officials will finally allow him to leave. Something that they do not appear prepared to do at this time. They will not alter the player’s value from 50 million euros.

The former Borussia Dortmund player’s desire to leave is currently preventing him from leaving. Barcelona will attempt to acquire him back as soon as the appropriate financial levers are pulled, which they hope will occur as early as next week. The agreement with the striker has been in place for some time, which explains why the Pole has adopted this position.