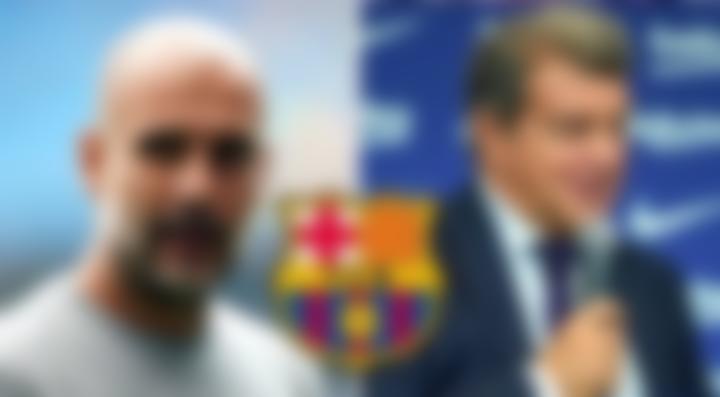 With just two years remaining on his current Manchester City deal, Pep Guardiola could be in line for a dramatic return to Barcelona, the club where he first began his career as a manager thirteen years ago.

The La Liga giants, FC Barcelona are attempting to rebuild after the loss of their legendary captain Lionel Messi, and the club president Joan Laporta is willing to do all he can to get Pep Guardiola back to the club.

According to El Nacional, Laporta views Guardiola as the perfect man to lead Barcelona back to the top of world football.

FC Barcelona have not won the Champions League since 2014/15, a season which saw the likes of Messi, Luis Suarez and Neymar become the most dominant trio in the world. They powered their side to a historic treble. All three of the South American superstars have since moved on, with the club in desperate search of new heroes who can help carry the club to future success.

However, for the club to be successful in any way, they need an outstanding manager. And who could be better for this job than Pep Guardiola – the chosen one.

During his first spell in Barcelona, between 2008 and 2012, Guardiola helped assemble one of the greatest club sides the world has ever seen. The club won two Champions League titles as well as three La Liga titles; as Messi, Xavi and co swept aside all European and domestic challengers.

Even though it is almost impossible to have that level of dominance this time, there is no doubt Pep Guardiola will be able to get the best out of this side. Not only are his tactics the best, but he will inspire the new generation of youngsters and play a vital role in their development.