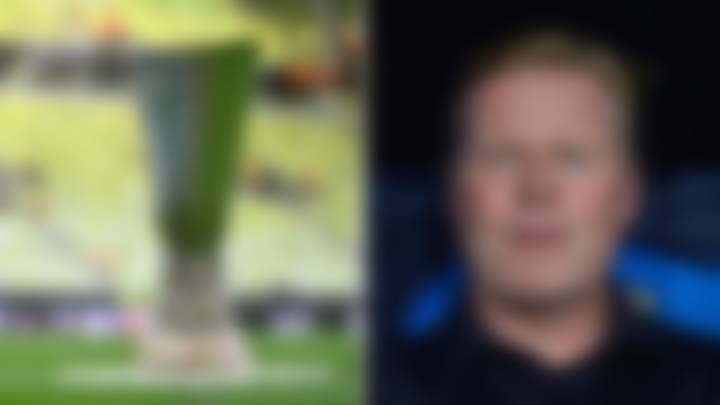 Barcelona are so far behind in the UEFA Champions League that fans have no faith in them making it past the group stage. They are however, being considered favorites to win the Europa League.

In their first two fixtures in the Champions League, Barcelona did not even manage to get a single shot on target. Barcelona lost 3-0 in midweek to Benfica. This was after their 3-0 loss on Match Day one to Bayern Munich.

According to Ronald Koeman: “Of course we can do better, but we will not win the Champions League.”

Barcelona will need to pull a miracle to get in the knockout stages, with his club sitting bottom of the group on zero points ahead of back-to-back games with Dynamo Kyiv.

The data analysts FiveThirtyEight already have the Catalan giants as favourites to win the Europa League.

Barcelona are given a 9% chance of winning the continent’s second tier club competition and already a 55% chance of making the knockout stages. After the Spanish side, the next five most well fancied clubs to win the Europa League are all teams already in the competition, which seemingly makes more sense.

When it comes to La Liga, the Catalan giants are not doing too well either. Ronald Koeman’s side is already five points off the top of the table, where rivals Real Madrid lead the way.

The fans of the Spanish giant are disappointed at the progress the club are making after the departure of Lionel Messi. It looks like the club will be hitting an all time low with these type of performances this season.

Do you think Barcelona can make the comeback of a lifetime? Let us know below!