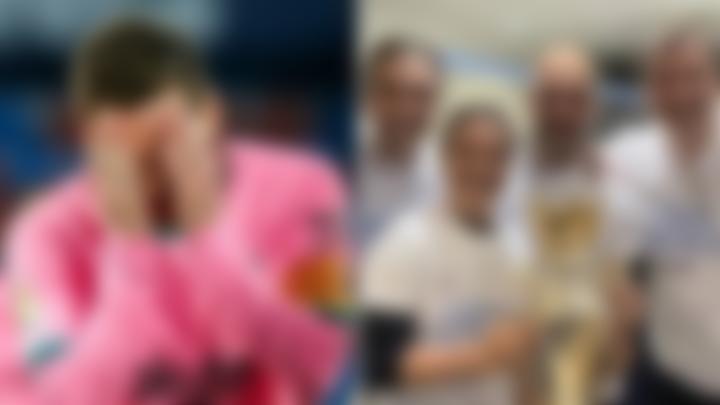 FC Barcelona have been accused of ruining the final years of Lionel Messi’s career by the fans of the club.

FC Barcelona were leading against Levante two times, but bottled their lead to a 3-3 draw. This means that they have almost lost their chance to win the La Liga title. This leaves them on 76 points, while rivals Atletico Madrid are 4 points above them on the top of the table.

The person who was carried the team through most of the season is Lionel Messi. After he was on the verge of leaving the club, he has impressed football fans all over the world. He has scored 29 goals during the season as the top scorer of the club as well as La Liga.

During the summer transfer saga, Lionel Messi was wanted by a club none other than Pep Guardiola’s Manchester City. It so happens that Man City are the Champions League finalists as well as the newly crowned Premier League Champions.

Fans have reacted to their season and believe Messi could’ve been enjoyed trophies had he been allowed to move to England.

“We were good in the first half, with good rhythm and intensity, and led on the scoreboard,” Koeman told Marca. “But in the second half we lost a lot of dangerous balls, we lowered our intensity. We made a lot of mistakes in defence and we weren’t attentive.

What are your thoughts? Should Messi stay at a rebuilding FC Barcelona or go to a top team with a star studded lineup?