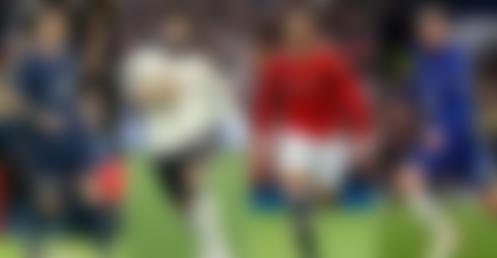 As the announcement of the winner of the most prestigious individual award in football history gets closer, let’s look at the top 10 contenders to win the Ballon d’Or 2021.

Cristiano Ronaldo is always one of the leading picks to win the award. The Portugal forward scored 36 goals last season and already has nine since returning to Manchester United from Juventus, and became the highest all-time international goalscorer this year.

However, the fact that Portugal had an early exit from Euro 2020 as well as that his goals for Juventus did not help them achieve any silverware makes this award unlikely to get.

De Bruyne pulled the strings as Manchester City raced to the Premier League title, and helped them get into the Champions League final as well. He also finished second in UEFA men’s player of the year award. He is definitely regarded as one of the best midfielders of this generation.

Kylian Mbappe managed to score a career-best 42 goals for Paris Saint-Germain last season which included a hat-trick at Camp Nou. He was also the winner in the UEFA Nations League final. However, his failure to win both the Champions League and the UEFA Euro 2020 might cost him.

Kante earned his first Ballon d’Or nomination back in 2017, finishing eighth, but he could be in line for a higher ranking this time around. He was immense for Chelsea in their run to the Champions League final, before capping it all off with a memorable display as the Blues beat a great Manchester City side to become European Champions.

Donnarumma was the star of the Euro 2020 final, saving penalties from Marcus Rashford, Jadon Sancho and Bukayo Saka in the shoot-out to hand Italy victory. He then joined PSG in the summer after keeping 14 Serie A clean sheets to help AC Milan finish second.

The French striker had his best goal-scoring season for Real Madrid in nine years, as well as a great international year too. Karim Benzema bagged 30 goals for Real Madrid last season and already hit 14 for his club this term.

His six goals for Les Bleus this year include four in four games at Euro 2021 and two in two as Didier Deschamps side won the UEFA Nations League.

Jorginho is the only footballer on the shortlist this year to win top European honours at the club and international level. The midfielder played a vital role in the success of Chelsea, guiding them to a Champions League win. Not only that, but he helped his national team Italy win the Euro 2020.

If the Ballon d’Or was awarded to the best player in the world at the time of the ceremony, Salah would have won it without a doubt.

The Egyptian has arguably found another gear in 2021 after already being one of the best around, scoring 30 goals for Liverpool already this calendar year. However, the fact that he has not won any notable silverware might be the reason for his downfall.

Robert Lewandowski has managed to score goals at a rate that few players this far into their career can possibly imagine of. The 33-year-old is on track for a third straight season of scoring at a rate of more than a goal a game.

The Bayern Munich striker managed to score 41 Bundesliga goals last season and already has 17 goals in all competitions to his name this season. Thus, his year has been a prolific one by all means.

Even in a crowded field, Messi continues to make his case for a record seventh Ballon d’Or. Messi finally got the international trophy monkey off his back by helping Argentina win the Copa America. Not only that but he also was named player of the tournament after his country’s success.

Thus, Lionel Messi is the favorite to win the Ballon d’Or 2021.