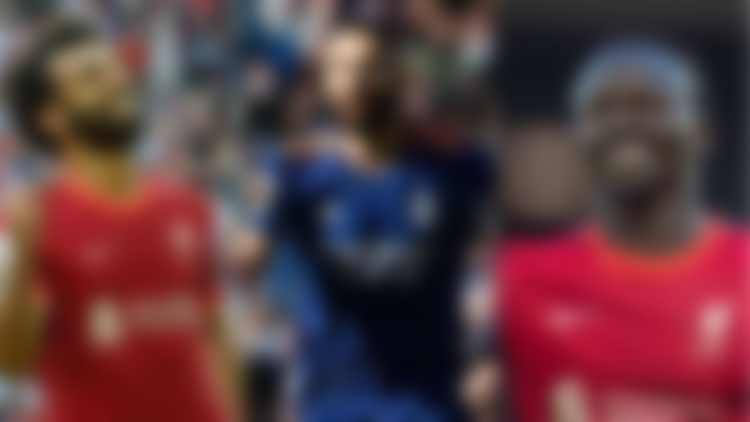 The Football Lovers is following the battle for men’s football’s most coveted individual accolade, which Lionel Messi won for the seventh time in 2021. We have now compiled a list of Ballon d’Or 2022 rankings and top 10 contenders to win the prestigious award.

The Ballon d’Or remains the most prestigious individual award in international football, despite the controversy and criticism it creates, and the race to win the honor in 2022 is well and firmly underway.

The voting rules for the Ballon d’Or were changed by France football this year, which means that the award will be judged on performances throughout a single season rather than a calendar year.

As a result, performances in the 2022 FIFA World Cup, which is expected to begin in November, will not be assessed this year, but rather when voting for the 2023 Ballon d’Or begins.

Phil Foden, one of the few City attacking players to start both of their games this week, backed up his goal against Real Madrid with two assists against Leeds United, keeping City’s Premier League and Champions League double hopes alive.

Manchester City’s youngster Phil Foden has scored 13 goals this season and has provided 15 assists over the course of the 2021/22 season.

Alexander-Arnold’s assists have dwindled recently, but defenses making specific attempts to keep him quiet have allowed other Liverpool players to make more impactful contributions in the final third.

However, Trent Alexander-Arnold still has had an amazing season so far. In the 2021-22 season, Alexander-Arnold has scored 2 goals as a right-back, provided 21 assists, kept 23 clean sheets, and has won the Carabao Cup.

Trent Alexander-Arnold will also feature for Liverpool in the FA Cup Final on 14th May and can potentially add another silverware to his cabinet this season.

Vinicius’ magnificent solo strike at the Etihad Stadium, flying down the left-hand side before coolly slotting past Ederson, was the pinnacle of his breakout season, which got even better on Saturday as Madrid sealed the Liga championship with a win against Espanyol.

Vini Jr has 18 goals and 18 assists this season and has won the La Liga and Supercopa de Espana with Real Madrid. He has been exceptional this season and his performance against Manchester City helped Real Madrid go to the final. Vinicius Junior is a strong contender for the Ballon d’Or winner 2022.

The 2018 Ballon d’Or winner is ranked 7th on the list. Luka Modric has a habit of saving his most spectacular moments of brilliance for the Bernabeu in the Champions League this season, so expect him to be in the spotlight once more when Real Madrid hosts Manchester City on Wednesday.

Modric has 6 goals and 11 assists in the 2021-22 season and has won the La Liga, Supercopa de Espana, and Champions League final with Real Madrid. He has been pivotal in midfield for Real Madrid’s success in 2022. Luka Modric is a strong contender to win the Ballon d’Or 2022.

Lewandowski’s future is certain to be one of the summer’s most talked-about topics, as negotiations with Bayern Munich over a new contract continue to be difficult for both parties.

On the field, the Poland striker scored against Mainz on Saturday, but the newly-crowned German champions were defeated in a shock setback.

Robert Lewandowski has 55 goals and 10 assists for Bayern Munich this season. The Polish striker has also won the Bundesliga and DFB Pokal Cup in the 2021-22 season. Robert Lewandowski is among the top 10 contenders to win the Ballon d’Or 2022.

Sadio Mane’s quest to win the Ballon d’Or in 2022 is gaining traction, especially following his goal in the Champions League semi-final against Villarreal.

Although there is still a chance that his poor start to the season may work against him in the end, there is no denying his effect on both club and international football since the turn of the year.

Sadio Mane has scored 26 goals, provided 5 assists, and has won the Carabao Cup and African Cup of Nations so far in the 2021-22 season. Mane will also certainly feature in the FA Cup final for Liverpool and will feature in the Champions League final, should Liverpool beat or draw against Villareal in the semis.

De Bruyne’s streak of vital first-half goals continued against Real Madrid, as the Belgian midfielder once again led from the front for Man City as he chases his first Champions League trophy.

Mbappe was back in the scoring column for PSG on Friday, scoring twice in a 2-2 tie with Strasbourg. His season is coming to an end after winning the Ligue 1 and getting knocked out of the Champions League.

However, the France attacker is optimistic that he will surpass 50 goals for club and country this season in the coming weeks. Kylian Mbappe is a strong contender in the Balon d’or 2022 rankings.

Salah has been assisting more than scoring recently, and his perfectly-weighted ball found his teammate Sadio Mane for Liverpool’s second goal against Villarreal in the first leg of the Champions League.

Mo Salah has scored 32 goals and has provided 18 assists so far in the 2021-22 season. The Egyptian King has also won the Carabao Cup and he can potentially win the quadruple with Liverpool this season. Mo Salah was also crowned winner of FWA Player of the season a few days ago.

If Mo Salah scores a few more goals in the remaining games of the season and wins the Champions League with Liverpool, there is no one stopping him from winning the Balon d’Or 2022.

Karim Benzama is ranked number one in the 2022 Ballon d’Or rankings. His chance of winning the award is very high after helping Real Madrid to their 14th Champsions League trophy. If any goal exemplified Benzema’s current level of confidence, it was his second goal against Man City, when his Panenka penalty beat all odds at the Etihad Stadium to keep Madrid in the Champions League semi-final.

Benzema was also on target when Los Blancos won the Spanish crown on Saturday, and he is expected to be named La Liga Player of the Year at some point soon.

Karim Benzema has scored 45 goals and provided 13 assists so far in the 2021-22 season. The French superstar has also won the La Liga, Supercopa de Espana, and the UEFA Nations with France this season.

Will Karim Benzema, nevertheless, be crowned Ballon d’Or winner in 2022? Let us know in the comments down below!

The Ballon d’Or 2022 ceremony will be held in October 2022. The date and time are not yet confirmed, we will keep this page updated as new information is released.