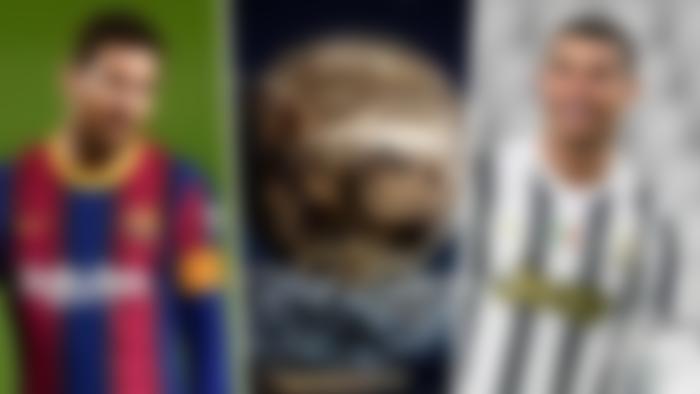 The Ballon d’Or is back in 2021 after being cancelled in 2020. The Ballon d’Or is considered as one of the most prestigious individual honors in the world of football. Though the prize will not be handed out until December, performances over the coming weeks will go a long way to deciding who will win and who will not win the greatest individual prize in the sport.

The 2020-2021 season in Europe is being dominated by new contenders and surprise packages. Thus, there is a very high chance there will be a new winner in 2021.

TheFootballLovers have ranked the top 5 contenders of the Ballon d’Or below:

Erling Haaland has shown everyone he is not a one season wonder. The Dortmund striker has been destroying defenses with ease and regularity. In the 2020/21 season, Haaland has scored 31 goals and bagged 8 assists in 29 appearances over all competitions.

The striker has played a major role in Dortmund’s success in Europe and in Germany. Dortmund has already made it to the quarter-final’s of the Champions League and if they are to go further in the competition, Haaland will be a key figure to their success.

Cristiano Ronaldo is always in the race for the Ballon d’Or. However, he is playing for a team who could end the season without either of the two trophies they dream to achieve. They were just knocked out of the Champions League last night. That being said, the Portuguese striker has scored 27 goals and bagged 4 assists in 32 appearances over all competitions.

The Ballon d’Or rankings are not based on individual statistics unfortunately for Messi. Thus, there is no doubting that Barcelona’s failures this season hurt his chances of winning the Ballon d’Or. Missing out on the latter stages of the Champions League will limit the number of times he has to impress a worldwide audience while Ronald Koeman’s side face a fight to even win La Liga.

The Argentinian is superb individual form this season. He has scored 24 goals and 11 assists in all competitions during the 2020/21 season.

Robert Lewandowski surely would have won the 2020 Ballon d’Or had it not been cancelled. However, he is still in the hunt for it this season. Lewandowski and Bayern Munich look in dangerous form as the season is getting into an important phase. The Polish striker recently scored a hat-trick in the Der Klassiker, proving he is a big game player.

Lewandowski has scored an amazing 37 goals and bagged 8 assists in his 33 appearances throughout the 2020/21 season so far.

The PSG star has made the perfect start to 2021. With a hat-trick in the highest caliber Champions League game, he is all set to win the Ballon d’Or. His side look all set to win the most prestigious competition in Europe. He will also be the leading man for France as they head into Euro 2020 as favorites. Thus, he is regarded as the leading contender right now.