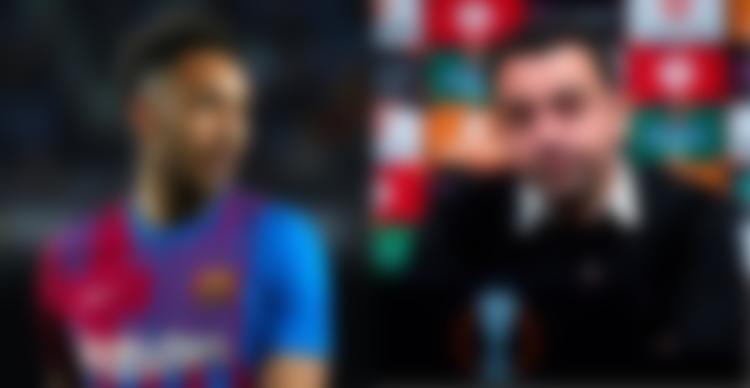 When Barcelona signed Pierre-Emerick Aubameyang from Arsenal in the January transfer window, question marks were posed on why the club would go for a player who Arsenal was ready to sell at a moment’s notice, and who was on astronomical wages at his former club. But those questions were emphatically answered as Aubameyang took a massive pay cut, in lieu of the club’s dire financial situation, with his salary a measly £64,000, which culminate to €2m by the end of the season. But the bigger question mark was his fit in the club, with his struggles on and off the field at Arsenal, not a secret.

But he has had an absolutely barnstorming start to his Blaugrana career, scoring 8 times and assisting once in his first 10 appearances for the club, which has seen them have a huge resurgence, now sitting at 2nd place in the points table. He has also been a claiming influence as a mentor for a lot of the younger players in the squad. So it is safe to say that his signing has been nothing short of an overwhelming success at least until this point of the season, with his impact on the general performance of the club out there for everyone to see.

However, things get tricky for Barcelona after the completion of this season. So while everything was well and good as far as the wage cut is concerned, things get murkier after this season, because the club has added a clause in his contract that sees his salary to be quadrupled after this season, which means that he will be one of the highest earners in that squad, earning a gargantuan £288,000-a-week. While not as much as the 300,000-plus pounds a week, it is still a very substantial amount for a player who is supposed to turn 33 this year.

Safe to say that this has not gone down well with some sections of the club, and one site has labelled this another economic madness from Barcelona. While this scary would have been understandable if it was offered to a  player who is in his prime, it makes less sense for a player who is supposed to be on the last legs as a player. Also, his performances towards the end of his Arsenal career is there for everyone to see, which is another point of contention.

So, Barcelona giving this sort of money to a player is very unpredictable and coming towards the fag end of his playing career is a very risky move by the club. Whether they look like geniuses or fools at the end of this, only time will tell.