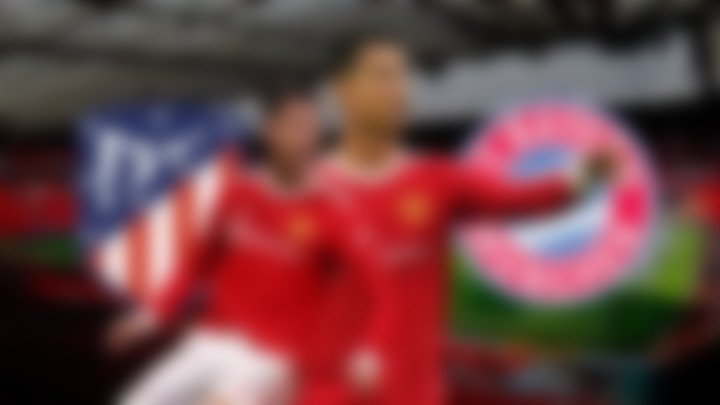 According to multiple media sources, Cristiano Ronaldo is not happy with the sporting project of Manchester United and wants out of Old Trafford. Ronaldo has been linked with a number of big clubs around the continent since he declared his desire to leave Old Trafford. But his options are beginning to fade.

Chelsea and Napoli both ruled out a move for the five time Ballon d’Or winner, and now Atletico and Bayern have denied a possible entry for Ronaldo too.

“Rumours are rumours and they have to stay as rumours. If you keep on fuelling the rumours then eventually it will look like it’s something real, which it’s not.”

Despite losing their main striker Robert Lewandowski, Bayern chief executive, Oliver Kahn has also stated that his club are not looking to sign Ronaldo.

He told Bild: “We discussed about Cristiano Ronaldo internally, I consider him one of greatest players ever. Then we came to conclusion that, despite appreciation for Cristiano, he would not fit into our philosophy in the current situation.”

Ten Hag told reporters in Bangkok that Ronaldo remains in his plans for the new season.

The Dutchman said: “We are planning for Cristiano Ronaldo for the season and that’s it. I’m looking forward to working with him. Cristiano is not for sale. He is in our plans and we want success together.”

It seems like Ronaldo’s lack of options will mean that he will have to stay with the Old Trafford club.