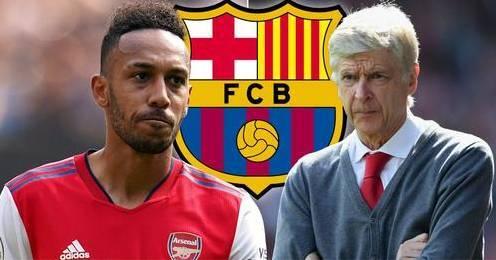 Barcelona is set to offer Arsenal striker Pierre-Emerick Aubameyang a way out of his current club in a swap deal, offering one of their top talents the other way.

Aubameyang’s future at Arsenal is uncertain, to say the least after it was confirmed he had been stripped of the captaincy. The news comes days after the 32-year-old striker was dropped from the match-day squad for what manager Mikel Arteta described as a disciplinary breach.

This was the second such breach in a matter of months. Thus, Arteta decided to take action against the club’s highest earner.

“I think it’s a really clear statement from the club,” Arteta said on Tuesday. “It’s a decision we have made following the last incident that we had with the players and this is where we stand.”

FC Barcelona has reportedly made their interest in Aubameyang known, amid their desperate search for a new striker to lead the attack. Sergio Aguero was signed by Barcelona during the summer, but has struggled with a worrying heart condition and announced his retirement earlier in the week.

Barcelona’s financial struggles have been public for a long time, and they would need a lot of cash to sign Arsenal’s superstar. According to the Independent, Ousmane Dembele could be used as a potential swap. Dembele is currently on a contract worth £200,000-per-week and they would be open to shifting that kind of salary in order to bring in Pierre-Emerick Aubameyang.

The French forward has not been in the best of form ever since his arrival, and his career has been full of injuries. He has never been able to string together consistent performances thanks to his injury woes. He has made just six appearances in all competitions this season and is set to become a free agent at the end of the current campaign.