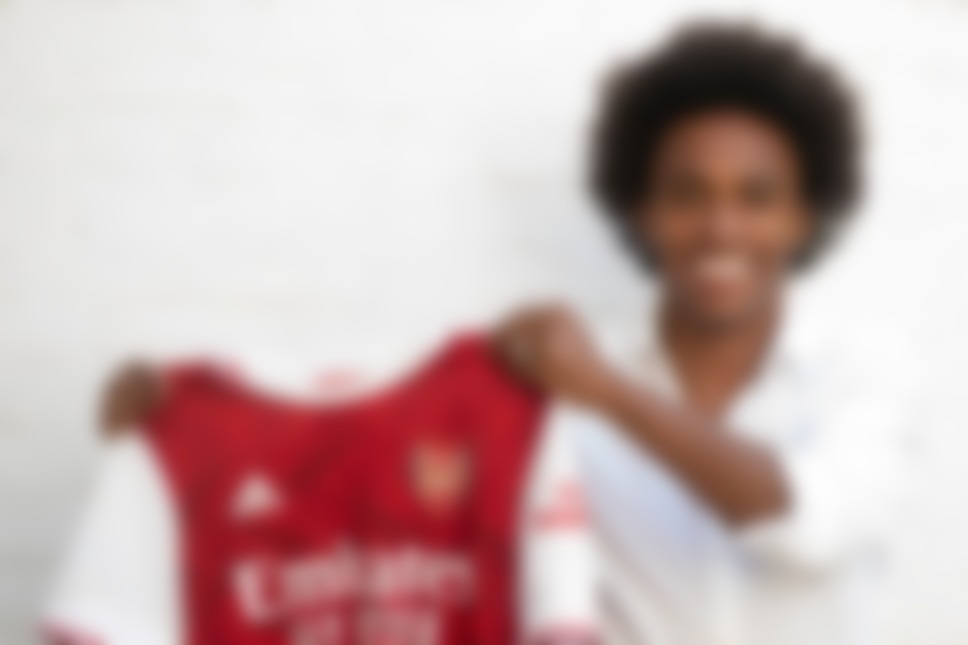 Arsenal have finally landed ex-Chelsea winger Willian on a three-year contract. After Chelsea’s Champions League Campaign, Willian was free to leave the club.

Willian was offered a contract extension with Chelsea too. But they were not ready to provide with a three-year contract, unlike Arsenal. He will be earning a massive £220,000-a-week at the Emirates Stadium.

The Brazilian revealed that his conversation with Arsenal manager Mikel Arteta gave him confidence to switch between North London clubs.

“[I like] the way they play, everything is amazing – the stadium, and I think that with Arteta, Arsenal have a great opportunity to fight again for titles in the Premier League and in Europe so I’m very happy because of that,” the Brazilian said.

“I’m excited to start. I can’t wait to go on the pitch and do my thing to help my team-mates and to help this club to shine again. That’s what I want.

“When I talked to [Mikel], the conversation was good, he gave me confidence to come to Arsenal. He said a lot of good things to me and that’s why I have come to Arsenal.”

Arteta revealed that Arsenal had been following Willian for months now and the player’s versatility will be an important attribute to the team.

“I believe he’s a player that can really make a difference for us”We have been monitoring him for the past few months, we had a clear intention to strengthen in the attacking midfielder and the winger positions [and] he is a player that gives us a lot of versatility, he can play in three or four different positions,” the manager said.

“He has the experience of everything in the football world but to still have the ambition to come here and contribute to bring the club where it belongs. I have been really impressed with all the talks I have had with him and how much he wanted to come.”

Arsenal’s technical director Edu added that he had been following Willian too and his attributes as a footballer will make him a fantastic addition to the Gunners squad.

“I know him very well, since a long time ago because we’ve been working together for the Brazilian national team and of course I was following him because he played for another club.

“He has a lot of fantastic attributes as a person, as a football player of course, his character. I’m 100 per cent sure that everybody in the dressing room, the fans, myself and Mikel will enjoy having Willian in our side.”

While Chelsea manager was quite vocal about keeping Willian but ultimately paid the price for the club’s transfer policy which rarely provides a long term contract for players beyond 30. During his seven years tenure at the Stamford Bride, Willian made 339 appearances and provided 63 goals and 56 assists in those appearances. This season, under Frank Lampard, Willian was one of the first name on the teamsheet. He made 47 appearances for the team this season.

In his open letter to the Chelsea fans, Willian said:

“The time has now come to move on. I am certainly going to miss my team-mates.

“I will miss all the staff at the club who’ve always treated me like a son and I will miss the fans. I leave with my head held high, safe in the knowledge that I won things here and always did my best in a Chelsea shirt!”

Willian leaves Chelsea as a two-time Premer League, a Europa League and a FA cup winner.