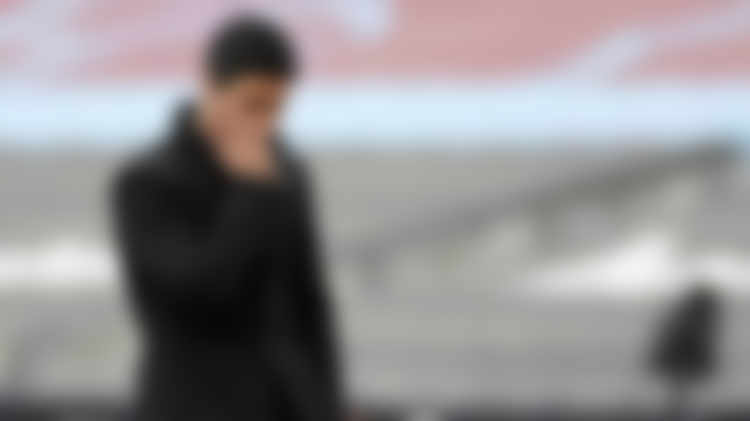 Arsenal hero Patrick Vieira became the villain on Monday night after leading his effervescent Crystal Palace side to a crucial home win against his former club, landing them a major blow in the race for Champions League football next season.

Arsenal has been on a quest for a Champions League comeback for almost the whole season and needed maximum points from the game to open a gap between them and fellow top-four chasers and capitalize on Chelsea’s shock defeat to Brentford on Saturday. The Gunners came into this match brimming with confidence on the back of an impressive run of form, having won four of their last five games in the Premier League.

But Vieira’s well-organized Crystal Palace team had nothing to lose, becoming the dominant side throughout a pretty even first half of football that saw The Gunners limited to only 3 shots on goal with only one on target. And it came as a little surprise when the hosts took the lead in the 16th minute through Jean Mateta’s sublime header from a Joachim Andersen assist.

The Eagles continued their impressive display throughout the first half and were two goals in front after Jordan Ayew capitalized on a rare Gabriel Magalhães error to drive a low shot past Aaron Ramsdale. With the visitors leading by 2-0 at half-time, The Gunners knew they had an uphill task in the second half.

And after the resumption of the second half, Arsenal fought hard for their first goal, which would have initiated a dramatic comeback into the game. But it wasn’t meant to be as the hosts all but secured the three points with a third goal, Wilfried Zaha converting a spot-kick after Martin Ødegaard fouled him inside the box. With 15 minutes to go, Arsenal couldn’t find a breakthrough, and in what turned out to be one of those nights for Mikel Arteta’s men, they lost midfielder Thomas Partey to injury.

While Arsenal’s quest for Champions League football isn’t over, the Gunners needed maximum points from Monday night’s fixture to keep pace with fellow top-four chasers. Thus, the defeat will come as a huge blow in what has appeared to be a season of the ultimate comeback to Europe’s elite club competition.

The Gunners retain the fifth position in the premier league table with 54 points, two games in hand over West Ham United, and only one over Manchester United in 7th place with 51 points.

Arsenal’s latest defeat will make Manchester United confident of getting a strong finish to the season after dropping two points themselves in the Saturday evening clash against Leicester.

However, the tricky list of fixtures for the London club in the coming weeks will worry many Arsenal fans. The Gunners are yet to face Chelsea, Tottenham, West Ham United, and Manchester United in crucial games that will ultimately determine their fate.

And speaking after Monday’s defeat, Arsenal manager Mikel Arteta labelled his team’s performance ‘unacceptable,’ saying, “Yes, especially in the first half. Congrats to Palace, but we weren’t at the races today. We didn’t earn the right to play. When we did, we were slow on the ball. We conceded two poor goals. Overall it’s unacceptable. We apologize, regroup, and tomorrow is a new day.”

Asked if he’s worried about Spurs, Arteta had this to say, “We have a game in hand still, and we need to play. Nine games, things will happen. We have to play each other and other big games too.”

On the other hand, Crystal Palace manager Patrick Vieira gushed over his team’s disciplined performance in the London derby, saying, “It was a really good team performance. There have been games where we performed well but didn’t take our chances, but today we performed well from the start, and we managed to win the game and not concede.”

“I don’t think it is the best performance, it is the performance we want and expect. At the beginning of the season, we had some highs and lows. Today we played well for the first minute, and I am really proud of the players.

“Our objective now is to try and perform like that, which is the challenge for us.”

Arsenal will be looking for an immediate response when they host Brighton & Hove Albion next Saturday as The Eagles prepare for a tough away fixture against a resurgent Leicester City on Sunday.