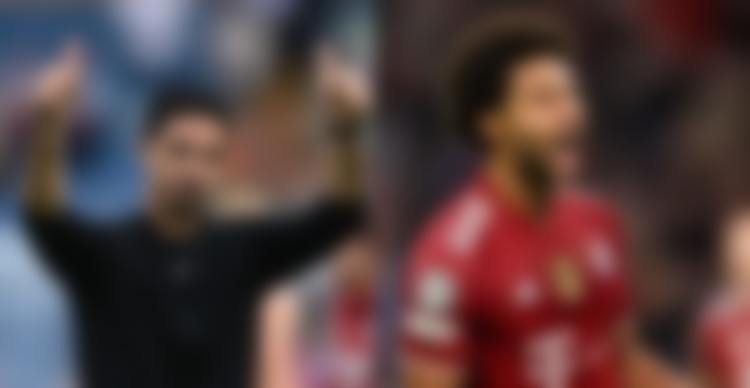 Arsenal is looking to re-sign Serge Gnabry back to Emirates this summer to bolster their attack. The Bayern Munich star is not happy with his current contract situation and has yet to agree on a new deal with the German champions. Mikel Arteta is looking to strengthen his team and has some new strategies in his mind for the current transfer window. It is no doubt that Gnabry would be a dream signing for Arteta.

The problem is that the Gunners will not be playing Champions League football next season after they missed out on the top four to rivals Tottenham Hotspurs. A class attacker like Gnabry will be wanting to play in the biggest competition of European football.

Arteta spoke in his final pre-match conference of the 2012/22 season and said, “We do not know what the rest are going to have in terms of resources, which I assume is going to be challenging because now it’s not a top-three or top-four league, there are a top eight, or 10 teams that are involved. That is why we have to find a way to do again what we did last summer.”

Gnabry’s current deal is set to expire in summer 2023. According to the German newspaper Bild, any new deal with Bayern is less likely to happen. Gnabry is looking for a new challenge in his career after winning 4 Bundesliga, 2 DFB-Pokals and 1 Champions League with Bayern. Arsenal sold Gnabry in 2016 to Werder Bremen for just £5 after they thought that the winger is not suited to their system. Currently valued at £63m, the 26-year-old is a hot property in Europe.

Brown told GiveMeSport: “It would be a great addition, certainly, and obviously, he knows the club very well. But the talk in Germany seems to be that if that were to happen, it could only happen next season.“

“And I think it probably only happens then if Arsenal does qualify for the Champions League because he’s the sort of calibre of player who needs to be playing in it every year, really. And I think he would be looking for Arsenal to prove that they can do that before he signed for them.”

Bayern is also looking to cash in on their star and is unwilling to negotiate any new contract with the attacker. Real Madrid is also in the race for signing the German. With Arsenal missing out on the Champions League football, this deal is very much impossible to happen this summer. The only hope is next year if they can sign him as a free agent.