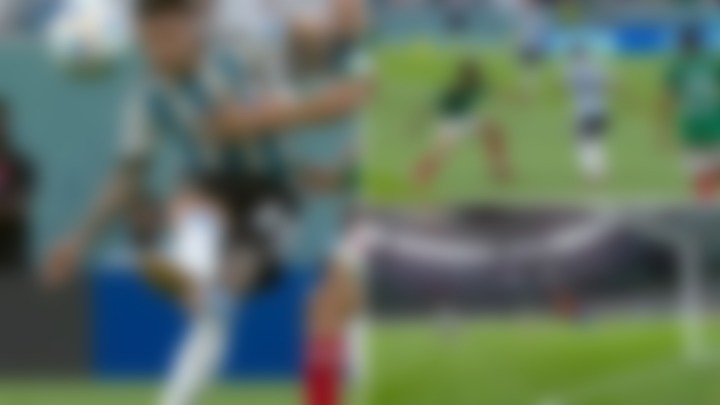 After an unexpectedly slow start to the FIFA World Cup, Argentina have finally arrived to the table with a crucial win over Mexico.

Despite being favorites to win the World Cup at Qatar, Argentina fell to a shock 2-1 defeat against 51st ranked side Saudi Arabia in their opening match. This meant that their next match against Mexico was a must win game.

The game started off with Argentina on the attack and Mexico staying defensive, trying to hit Argentina on the counter attack. With a lions share of the ball, Argentina were frustrated for the majority of the game, failing to create any clear cut chances.

When his team needed him the most, Lionel Messi came up with a moment of magic to break the deadlock in the 63rd minute.

The Argentinian magician smashed in a low strike past Guillermo Ochoa and sent the Argentinian fans in the Lusail Stadium into a frenzy.

See also  “We all want it for you Leo”, Twitter reacts as Lionel Messi says that he is grateful that many Non-Argentines support Argentina in football

This goal meant that Mexico could not sit back and had to attack, creating spaces for the Argentinian attack. Messi set up a ball for Enzo Fernandez who curled a beautiful shot past Ochoa into the net.

Argentina's second goal was the best and greatest in history, Lionel Messi

Argentina are now second in Group C, one point behind next opponents Poland after they beat Saudi Arabia 2-0 in the earlier kick-off.