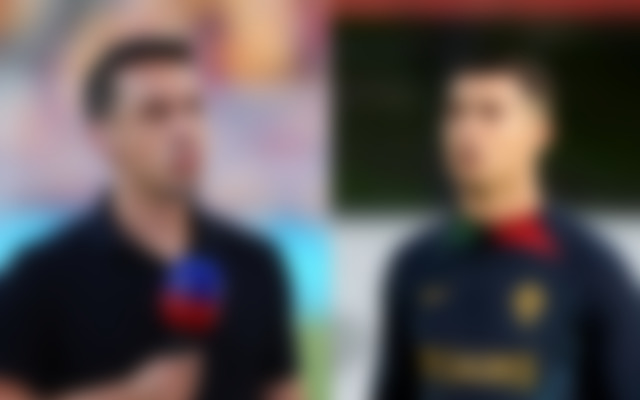 Gary Neville, a former defender for Manchester United, responded on social media to former teammate Cristiano Ronaldo, who had said the commentator was merely exploiting him for publicity.

During an interview with Piers Morgan, Ronaldo, now 37 years old, said that the club had “betrayed” him and criticized Neville and Wayne Rooney.

Ronaldo said that Neville was trying to “take advantage” of him because of his status as the “number one followed man in the world” and that the Sky Sports commentator was just interested in utilizing his name to get more notoriety.

After Ronaldo said that he and United striker Gary Neville were not friends and never went out to eat together, Neville responded on Twitter by asking, “Anyone for dinner?”

It’s easy to get worked up about nothing, and for sure, everyone is picking on Ronaldo at the moment. It’s quite unlikely that a player who publicly disavows his manager and the club’s leadership will ever play for them again. Even though Ronaldo isn’t just “any player,” he is nevertheless subject to the regulations. Especially because, let’s be honest, he’s not exactly armed with strength.

Last summer, United and Ronaldo’s agent tried to negotiate a transfer for him. A long rebuilding process was acknowledged, and Ronaldo doesn’t suit the style of football that Ten Hag played at Ajax. This isn’t to say that he wasn’t productive; after all, he was the Premier League’s third-leading scorer last season. It didn’t make much sense for him to stay at age 37 with a year remaining on his enormous deal.

We should be discussing Manchester United’s only loss since October 2 thanks to the late game-winning goal scored by Alejandro Garnacho against Fulham. But of course, everything is overshadowed by the bombshell interview in which Cristiano Ronaldo declared he “doesn’t respect” United boss Erik ten Hag because of how he was treated.