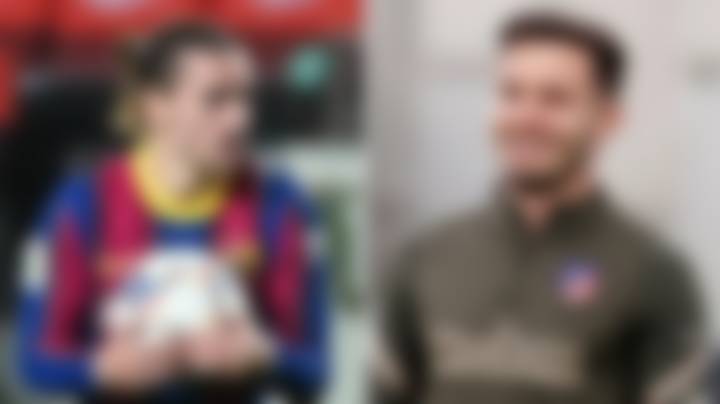 According to reports in Spain, the French striker Antoine Griezmann may be reportedly returning to his old club Atletico Madrid. Atletico Madrid is the club where Griezmann, under the influence of Diego Simeone, turned into the superstar striker he is now.

The Spanish news outlet Mundo Deportivo, has suggested that Griezmann’s transfer back to Madrid would involve an exchange with Saul Niguez. However, Barcelona think that the value of Antoine Griezmann is higher than the value of Saul Niguez and thus want money along with the swap deal. Barcelona is asking for €15 Million as part of the deal or more players such as Renan Lodi or Mario Hermoso.

As La Liga president Javier Tebas has confirmed in recent weeks, Barcelona must remove at least €200 Million per year from their salary bill in order to meet the league’s salary cap demands. Due to these financial struggles, Barcelona have been unable to renew Lionel Messi’s contract and register their new signings, including Sergio Aguero, Memphis Depay and Eric Garcia.

In a bid to reduce their wage bill, Barcelona have been looking to remove their major wage earners such as Samuel Umititi, Miralem Pjanic and Griezmann as the latter is reportedly earning almost £300,000 a week. All of these players have not played a major role in the success of the club. Thus, the board is willing to let them go.

After his amazing spell at Atletico Madrid, in which he bagged 133 goals in 257 appearances, the striker was in demand all over Europe. However, contrary to his thoughts, Griezmann did not get much game time at his new club, FC Barcelona. Moreover, the forward may not be in the starting eleven anymore under Ronald Koeman considering the new signings of Aguero and Depay in the forward areas.

On the other hand, Atletico Madrid have signed the Argentinian sensation Rodrigo de Paul in the midfield area. Therefore, Saul is also looking for a way out. And what better way to do that then to moving to one of the most prestigious clubs of football!