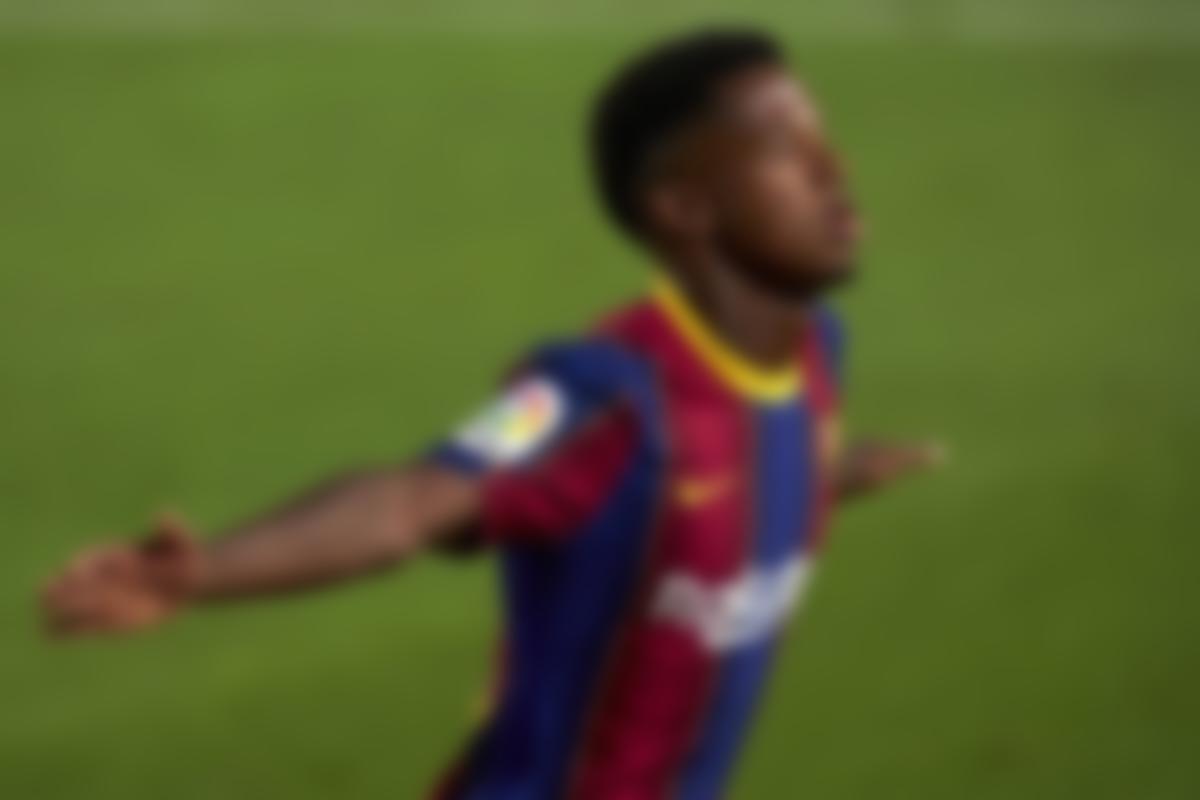 17-year-old Ansu Fati sparkled in Barcelona’s 4-0 win over Villarreal and he scored two goals in the opening 20 minutes before winning a penalty 15 minutes later .

The young winger was a constant threat all night before he got substituted in the second half. The young star helped Barcelona put a tumultuous summer behind them with two goals as Ronald Koeman’s side made the perfect start to the new La Liga season at Camp Nou.

The 17-year-old rising star has also showed us what life would be at Barcelona without their talisman Lionel Messi. It really seems like Barca’s future is in safe hands.

17-year-old Fati has been earmarked as the future of Barcelona and has been receiving advice from Lionel Messi. The Spaniard told the reporters that he is living the dream by playing alongside the Argentinian.

“Playing with Messi has been a dream since I was a kid and now I am doing it.

“He gives me a lot of advice, he helps me a lot on the pitch and in training, but away from it too, and that makes me very happy.

“I want to keep improving every day, to continue to learn from my team-mates because they are the best around and they are trying to help me every day.”

Ansu, who doesn’t turn 18 until Oct, has now scored 10 goals for Barcelona since making his senior debut last August.