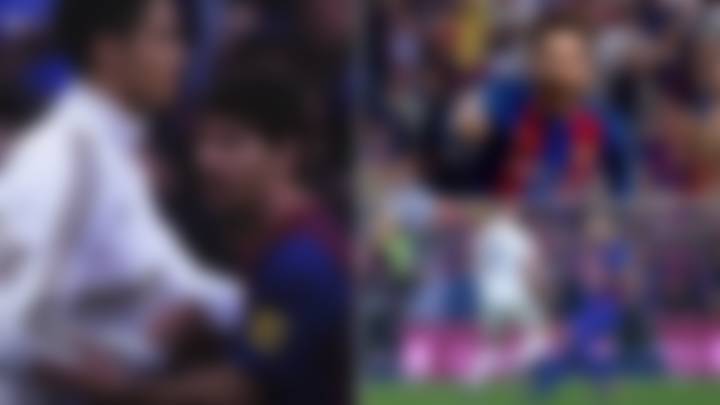 A video on YouTube by the channel MagicalMessi has gone viral. It is an incredible video of the greatest moments of Lionel Messi and Cristiano Ronaldo. This just goes to show how good both of the players actually are.

Take a look at the video below:

The video features some great goals scored by both of the superstars, including Ronaldo’s outrageous overhead kick against current club Juventus and Lionel Messi’s sublime dribble against Athletic Bilbao. It also shows some of the fans going wild and praising their idols. There is also a compilation of the commentators going bizarre, losing their minds and shouting praises for the iconic duo of rivals.

At one point, the BT Sport studio and host Gary Lineker remarks: “Last week it was all about [Lionel] Messi, and now it’s all about Cristiano Ronaldo. These two are constantly pushing each other on, pushing the boundaries of greatness.”

Rio Ferdinand replies: “Exactly, and that’s the question I’m always asking myself. Would they have been able to do this and keep up the relentlessness without each other? If they’re out on their own, would they continue to do this?”

In addition, some clips of both footballers being tremendous individuals are also shown. Both the players greeting fans on the pitch and taking selfies as well as donating money to the needy are also shown.

Towards the end, the video shows that the players are reaching the end of their careers and this extraordinary era might just come to a close very soon. Thus, we should appreciate both the players as rivals and love them both for the sake of football. Both the players should not be compared and they should just be enjoyed while they are on the pitch till they retire.

Did you get goosebumps while watching this video? Let us know!