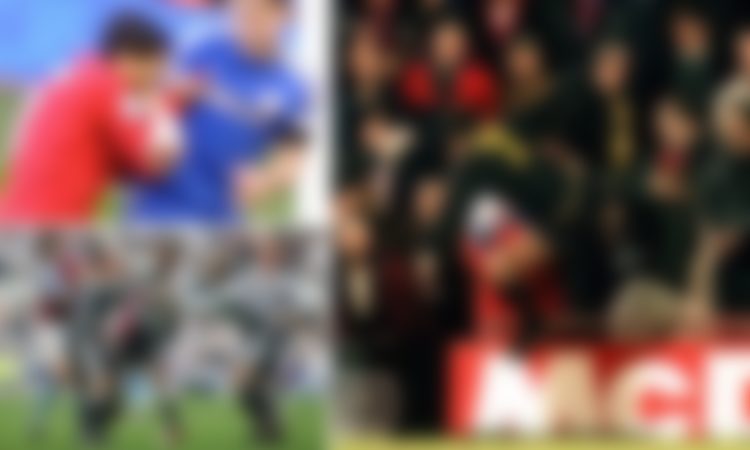 The English Premier League is arguably the most followed football competition in the world. It is renowned for having waves of world-class talent and some epic title battles. However, even in this amazing league, there have been moments that stand out and shock us. In this article, we look at 10 surprising moments in Premier League history.

Many people vividly remember watching this at the time, and it was just unbelievable. The legendary Eric Cantona had been sent off and was heckled by the crowd. Instead of just walking off, he jumped over the advertising boards and drop-kicked the heckler as stewards frantically tried to pull him away.

What more is there to say about this mental incident? Suarez was well-known for being an unconventional player but biting Branislav Ivanovic’s arm during a Premier League match against Chelsea had to be the most bizarre of his antics.

Alf-Inge Haaland had previously taunted Roy Keane for supposedly faking injuries. Keane held a grudge for three years and finally had the chance to exact it during the 2001 season. The Irishman laced into Haaland with a vicious tackle that left him writhing in agony on the ground.

The 2012 Premier League race was the stuff of legend. However, bookmakers found at places like https://yourcasinos.in/ could not have predicted what happened on the final day. United had beaten Sunderland and all but secured their title. Aguero and City had other ideas! He scored in the final minutes which gave them their first title since 1968 and left Alex Ferguson red-faced.

When Sheffield Wednesday played Arsenal in the 1998 season, no one could have predicted that Paolo Di Canio would get sent off for an unbelievable outburst in which he shoved Patrick Vieira, grabbed a defender by the throat, and then eventually shoved referee Paul Alcock in the chest for good measure!

Who would have thought that a manager would ever headbutt a player? Manager of Newcastle United Alan Pardew indeed did this in a moment of madness during the 2014 season. This resulted in a three-game stadium ban, and a total fine of £160,000!

Can you remember when teammates (yes, actual teammates on the same side!) Kieron Dyer and Lee Bowyer took out their frustrations on each other and started fighting? This resulted in them both being sent off and having to make a public apology.

Who can forget the epic moment when a food fight broke out between Manchester United and Arsenal in 2004 which resulted in Sir Alex Fergusson getting whacked in the face with a slice of pizza? We literally couldn’t make these events up!

Today, we have goal-line technology. However, back in the 2005 season, we didn’t. For Tottenham, this resulted in them failing to beat Manchester United as a shot that was fumbled by goalkeeper Roy Carroll clearly crossed the line by about a foot but was disallowed.

During the 2011 season, Chelsea and QPR were engaged in a bitter match and tempers were heightened. Throughout the game, John Terry and Anton Ferdinand had been going at it. Eventually, a moment was caught on camera when Terry appeared to mouth a racist slur. Despite the clear evidence, he was initially not found guilty by the FA.

These moments surely were memorable and have made the Premier League the stuff of legend.