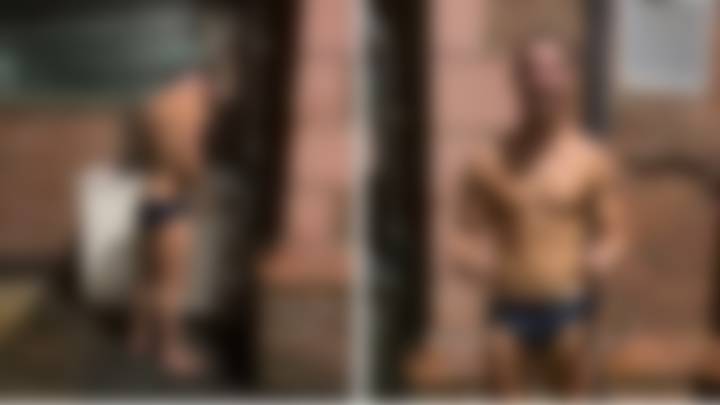 The Portuguese superstar Cristiano Ronaldo is known for being a sensation on and off the field. Whether it be for an social media campaign or on the football field, the sports megastar is no stranger to flashing his fabulous abs for the cameras.

Although this time, it was his millions of Instagram followers who got to see Cristiano without a shirt as he casually striped down to his underwear for a not-so-private shower.

In the video, the Manchester United forward can be seen enjoying a shower before signing off with a signature kiss to the camera. Incredibly, the clip was only live for less than a minute but somehow managed to attract the eyes of 670,000 people in such a short space of time.

Even at 37 years of age, it would not be wrong to say that he is in pretty good shape.

One thing is for sure, Cristiano Ronaldo’s fan base will go over the moon for anything the superstar does.

The five-time Ballon d’Or winner has failed to make a serious impact since his second homecoming at his childhood club at Old Trafford. Despite his prolific goal-scoring record in world football, Ronaldo has only found the back of the net once in 2022.

However, it is fair to say that the current system being played by Manchester United is not one in which Ronaldo flourishes.

“I don’t accept that our mentality be less than being in the top three in the Premier League,” Ronaldo told Sky Sports back in January.

“We are capable of changing things now. I know the way but I’m not going to mention it here because I don’t think it’s ethical on my part to say that. What I can say is we can do better – all of us. Manchester (United) belongs to important things, so we have to change that.”

“I don’t want to be here to be in sixth place, or seventh place, or fifth place. I’m here to try to win, to compete. I think we compete but we are not yet in our best level. But we have a long way to improve and I believe if we change our mind, we can achieve big things.”