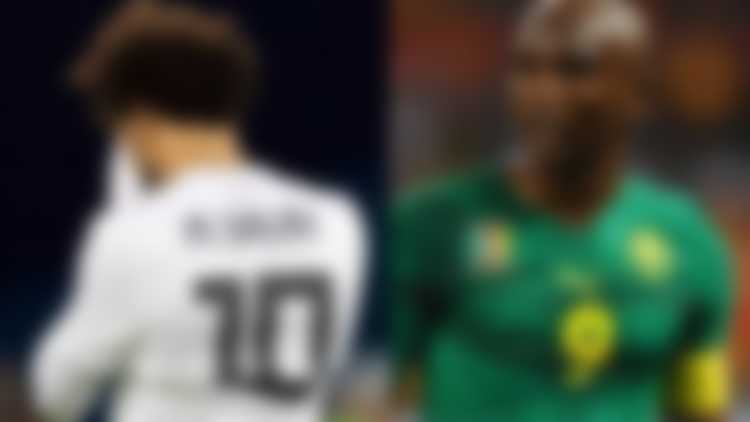 With Mohamed Salah poised to miss the 2022 World Cup in Qatar, TheFootballLovers recalls five times Africa’s finest players have been absent from the global tournament.

Failing to qualify for the World Cup is always a devastating failure for the players and we can only imagine what the players go through in that case.

As a result of representing one of the continent’s all-time minnows, Liberia’s great—and current president—George Weah was never put to the test in a World Cup.

Weah led Liberia to two Nations Cups, which is a remarkable accomplishment in and of itself, but the World Cup proved too much for the AC Milan icon.

Salif Keita was Africa’s first Footballer of the Year, winning the honor in 1970 as the first player to do so. Without a doubt, Salif Keita was certainly one of Africa’s best players of his time.

Keita achieved a double with Saint-Etienne that season, winning both the league and the Coupe de France, and scoring 21 league goals after forming an excellent partnership with Les Verts’ star player Herve Revelli.

Keita may have been a sensation at the 1970 World Cup in Mexico, but Mali failed to qualify. The Eagles are yet to make their first appearance in the event. But we can only hope that Mali qualifies for the World Cup sooner than later.

Samuel Eto’o is certainly one of Africa’s best players of all time and his achievements speak for him. Cameroon was widely anticipated to qualify for the 2006 World Cup after winning the Africa Cup of Nations in 2000 and 2002 and appearing in four consecutive World Cups between 1990 and 2002.

The Indomitable Lions, however, fell short after being placed in a dreadful qualifying group alongside Egypt and the Ivory Coast, with Pierre Wome’s notorious missed penalty against Egypt in Yaounde depriving Cameroon of a fifth straight berth.

It meant Eto’o, the African Footballer of the Year for three years in a row between 2003 and 2005, was unable to compete in the 2006 World Cup, denying Africa’s best player the chance to prove himself at the highest level once again.

Abedi Pele was one of Africa’s finest all-time players and, at times, the continent’s star man in the late 1980s and early 1990s, although he never qualified for the World Cup owing to Ghana’s recurrent inability to qualify.

The African powerhouse only made it to the tournament for the first time in 2002, two years after the veteran had retired, despite missing out on the competition several times throughout his 16-year international career.

Despite never making it to the World Cup, he won the Africa Cup of Nations, Ligue 1, and the Champions League, and the legend will be able to witness his kids, Andre and Jordan Ayew, try to achieve new heights with Ghana later this year in Qatar.

Liverpool’s Mohamed Salah is the latest player to be regarded as one of Africa’s and the World’s best players to be ruled out of the World Cup. Mo Salah might be one of the best talents to miss out on this year’s World Cup.

The Liverpool striker is having a fantastic individual season at the club level, having previously been the all-time leading African scorer in the Premier League, and might still be in line for some major honors at the conclusion of the season.

Liverpool are fighting for the quadruple this season and Mohammad Salah will have a huge role to play if the English club wants to win more trophies this season.

Mo Salah, on the other hand, has had a difficult few months on the international stage, having been part of the Egypt team that was beaten by Senegal in the Africa Cup of Nations final before missing a penalty in the World Cup playoff against Senegal on Tuesday.