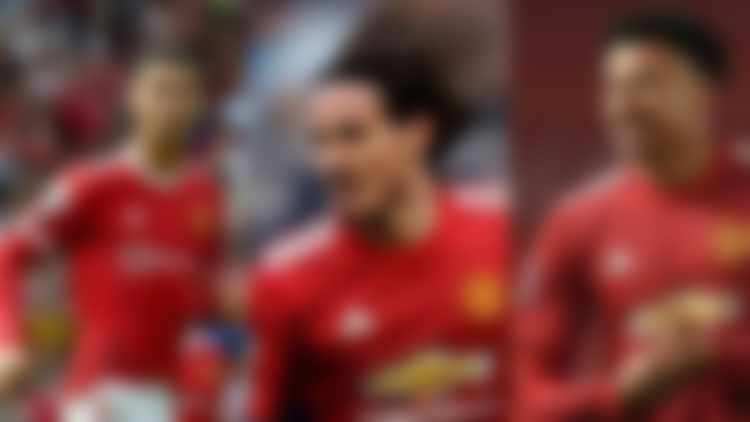 We bring our readers another round-up of Manchester United transfer news. Manchester United fired Ole Gunnar Solskjaer earlier this season and replaced him with Ralf Rangnick on a temporary basis. Things have failed to significantly improve, with fans demanding a complete revamp of the club. It seems as though the German coach has struggled to keep up with the pace of the Premier League.

The Red Devils appointed Ralf Ragnick as an interim manager and will be looking to replace him come next season. Mauricio Pochettino, Erik ten Hag, and Luis Enrique are also rumored to be on the club’s wishlist, although the Premier League side is yet to make a decision.

While the board considers their next manager, they must also consider their current squad. To compete for trophies again, new faces are required, and certain players must be released. Fresh faces are also required at the club, players who can bring a new spark to the current Manchester United squad.

Here are the 5 players that we think could leave Manchester United in the coming transfer window.

According to reliable publications, the striker does not want to continue at Old Trafford and wants to move to La Liga. Barcelona were interested in Cavani but they ended up signing Aubamayang from Arsenal for free in January.

But if Barcelona lets Memphis Depay leave next season, they will be looking to sign Edinson Cavani from Man United in the summer transfer window.

Anthony Martial is on loan at Sevilla. In January, the Frenchman acknowledged he did not want to stay at Old Trafford and demanded a transfer elsewhere.

Manchester United loaned Anthony Martial Sevilla in the hopes that he would return in a better mood when the new manager arrived, but rumors claim that the striker has no intention of staying at Old Trafford.

When Jesse Lingard joined West Ham United on loan last season, he was playing really well. Last summer, the midfielder had just one year left on his contract and was expected to join the Hammers on a permanent basis.

Manchester United, on the other hand, refused to move him, and he has struggled to make an impression this season. The midfielder was close to joining Newcastle United again in January, but the Red Devils refused to allow him to go due to unexpected events.

Jesse Lingard is expected to leave Old Trafford in the summer since he is unlikely to sign a new contract with Man United. West Ham will be looking to sign Lingard in the summer transfer window considering how well he performed for them when he was on loan.

“We get criticized on the last day for: ‘Oh, you’re going after Jesse’, well, Jesse wanted to come to us. We did everything. We never stopped. From the start to the finish, we did not stop working.”

Paul Pogba is another name who is struggling to make an impact at Old Trafford this season. The midfielder hasn’t really shined during his time at Manchester United. Just like Cavani, Paul Pogba’s contract ends in the summer and he’ll potentially leave Old Trafford as a free agent.

Real Madrid and PSG are currently said to be leading the race to sign Paul Pogba. Mino Raiola, agent of Pogba, has delivered mixed messages concerning the future of the midfielder. The super-agent has already stated that he would go to any length to help his client, including taking a dig at Manchester United.

The biggest name in Man United’s history is set to leave the club at the end of the season, multiple Manchester United transfer news suggest. The Portuguese striker is not satisfied with how things are going for the Red Devils. And if Man United fails to claim a spot for next season’s Champions League, we will most likely see the departure of Cristiano Ronaldo from Old Trafford.

According to SunSport, the 36-year-old has discussed his future in England with his agent, Jorge Mendes. PSG are also ready to pounce if the forward indicates he wants to go, according to several reports in France.

If Ronaldo moves to Paris, he will form a partnership with Lionel Messi that most football fans have never seen before. They have a combined total of 12 Ballon d’Or awards and have spent years at Real Madrid and Barcelona battling against each other.

Zinedine Zidane’s expected appointment as PSG’s next head coach, with the Frenchman due to take over from Mauricio Pochettino at the conclusion of the season, could potentially lure Cristiano Ronaldo to PSG.

Cristiano Ronaldo, while talking to the media during his time, admitted that:

“I love working with Zinedine Zidane. I love his personality.”

That is all with Manchester United transfer news for today. Who do you think will definitely leave Old Trafford in the summer? Comment your thoughts down below!